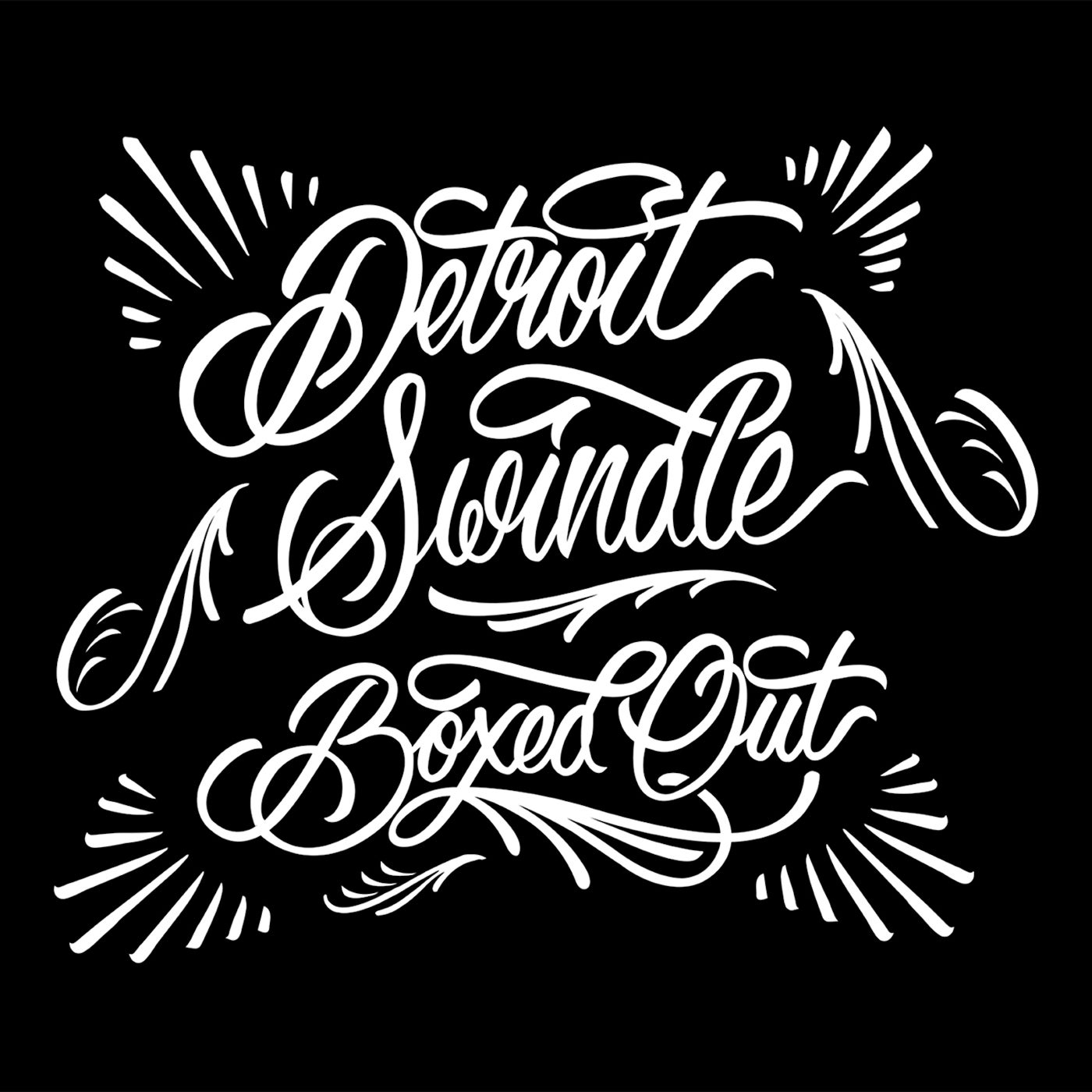 The Debut Album by Detroit Swindle. It has everything you would expect from the Swindles, some slow burners with a hint of disco, some deep house, some banging club monsters and hey, even some leftfield hip hop jams.

The album opens with "B.Y.O.", a track that balances nicely between the DS shuffle and an old school New York style block party. The track is a taste of things to come for the rest of the album, hinting towards a big party vibe, but mellow enough to make it a really interesting listen.

The one thing Detroit Swindle are known for best is their knack for picking the right vocals. For Boxed Out, they came up with some perfect partnerships. They recorded "64 Ways" with none other than one of America's finest soul singers: Mayer Hawthorne. Being a fan of their sound he proposed to do a track together in return for a remix on one of his album originals to be released in 2014. "64 Ways" has a lazy shuffle, a bunch of catchy rhodes chords and few well placed layers of synths that give this track a hint of "Detroit Experiment", wrapped up in an almost poppy house jam.

One of the other vocal tracks is "Thoughts of She", that effortlessly samples the voice of UK soul singer Alice Russel from the track "Pushin' on" by "The Quantic Soul Orchestra". There's also the gorgeous track "Center of Gravity" that has Berlin based, Ghanese-Canadian soul singer Sandra Amarie on vocals. It's particularly this track that reflects the true spirit of Detroit Swindle's music, a mixture of soul and UK garage meets Detroit house slowed down to a sexy groove with some of their trademark pads and stabs.

They pushed themselves to explore different tempos as well, which not only resulted on some slow house burners, but also in 2 hip hop tracks. "For the Love of..." is a homage to the old school sounds of "J. Dilla", "A tribe called Quest" and "The Pharcyde", combining off-beat shuffles, a gritty bass line and a warm cut-up soul sample. "You, Me, Here, Now" is almost a love song, disguised in a s(w)ing-a-long down tempo type of track. It's one of those "one more tune" kinda tunes.

So there's hip hop, there's soulful vocals, but It just wouldn't be a Detroit Swindle album without a few bangers on it. "Huh, What!", "Shotgun", "The Fat Rat" and "He's Just This Guy, You Know?" are all relentless dance floor monsters, pushing the tempo to match old school Chicago and New York house cuts from the late 80's and early 90's.

With these tracks "Boxed Out" has a great combination of gritty percussions, hot vocals and catchy chords and it is exactly this recipe that has become the much-loved trademark of Detroit Swindle's house universe. The album has a little bit of everything in exactly the right dose, making it both a good listen, and an extremely infectious club album.