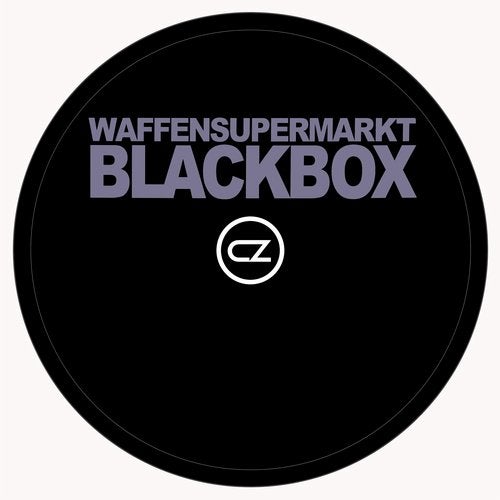 uido Braun a.k.a. Waffensupermarkt (or WSM) returns to CZ with another gnarly techno beast in the form of Blackbox which comes with three mixes and the equally gnarly A Quick Fetch. Guido has been playing rock, jazz and avant-garde music for more than 30 years. Nowadays he is mostly producing electronic music such as techno, house, electro and some ambient and experimental tunes. He has seen releases on a plethora of labels over the years and we're delighted to have him back at CZ.

First up we delve into the deep rumbling bass sounds of Blackbox - Deep Mix and, right from the start we get drawn into a murky techno monster. Chunky beats and shuffling percussions are joined by a superb bassline that dominates the groove. Hard edged, noisy synths and gnarly voices add character as various forms of acid style synths fade in and out. A dark monster track, only for the headstrong.

The Original Mix of Blackbox is a reminder of the days of industrial techno, the days when you could bring in a drum n bass beat over a solid 4x4 rhythm and just rock the socks off the crowd. While the beats do their thing we find an array of gritty techno sounds lined up alongside a pumping kick and deep basses. The big hitter though is the drum arrangement, an expertly crafted masterclass in arranging that will not disappoint.

DJ, producer and hugely respected techno enthusiast Tito K. debuts on CZ with a superb remix of Blackbox. Since 2016 this guys has ploughed his way onto the scene with a hugely impressive sound and a release count to match it. Known for his hardcore attitude to techno, we're delighted to have him on board. Here on the remix he takes us on a whirlwind tour of modern hardcore-hard techno. Driven by massive kicks and electrified percussions alongside gritty synths and a distant acid line. Cool vocals straight outta the 90's are lined up against some very distinct retro sounds that will grab a lot of attention for sure. Fantastic stuff that is not to be missed.

A Quick Fetch dishes out a real smooth mid tempo groove that grows and grows into a sublime hypnotic groover. Dubby beats are joined by deep, probing arpeggios that draw you in as dark chord stabs lurk. Subby basses control the low end as rhythmic percussions keep the feet tapping. An eerie atmosphere sends chills down the spine, definitely one for the collection here.