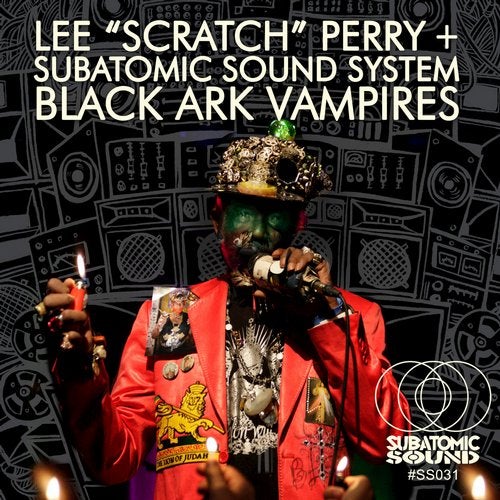 On Black Ark Vampires, dub reggae legend Lee "Scratch" Perry swears revenge on the vampires that led him to burn down his infamous Black Ark studio, promising to chase them from Kingston to New York to London and vanquish them with fire, electric wire, roast corn and even his own hair. Produced by Emch who heads NYC based Subatomic Sound System, backing Perry live since 2007 through the Super Ape anniversary tour, the track revisits the murky vibes of the Black Ark with the added blast of 21st century NYC sub bass pressure and pulsing beats. It is the first digital release in their 5 years of touring together and typically used to close out the concerts. The recording also features legendary Jamaican percussionist Larry McDonald, a veteran of Perry's Black Ark 70s recordings, working everything from the triangle to the conga. On-U Sound's Adrian Sherwood also participated in the vocal production in Brooklyn at Hook Studio. All other production, recording, and mastering by Emch at the Subatomic Sound Lab, NYC.