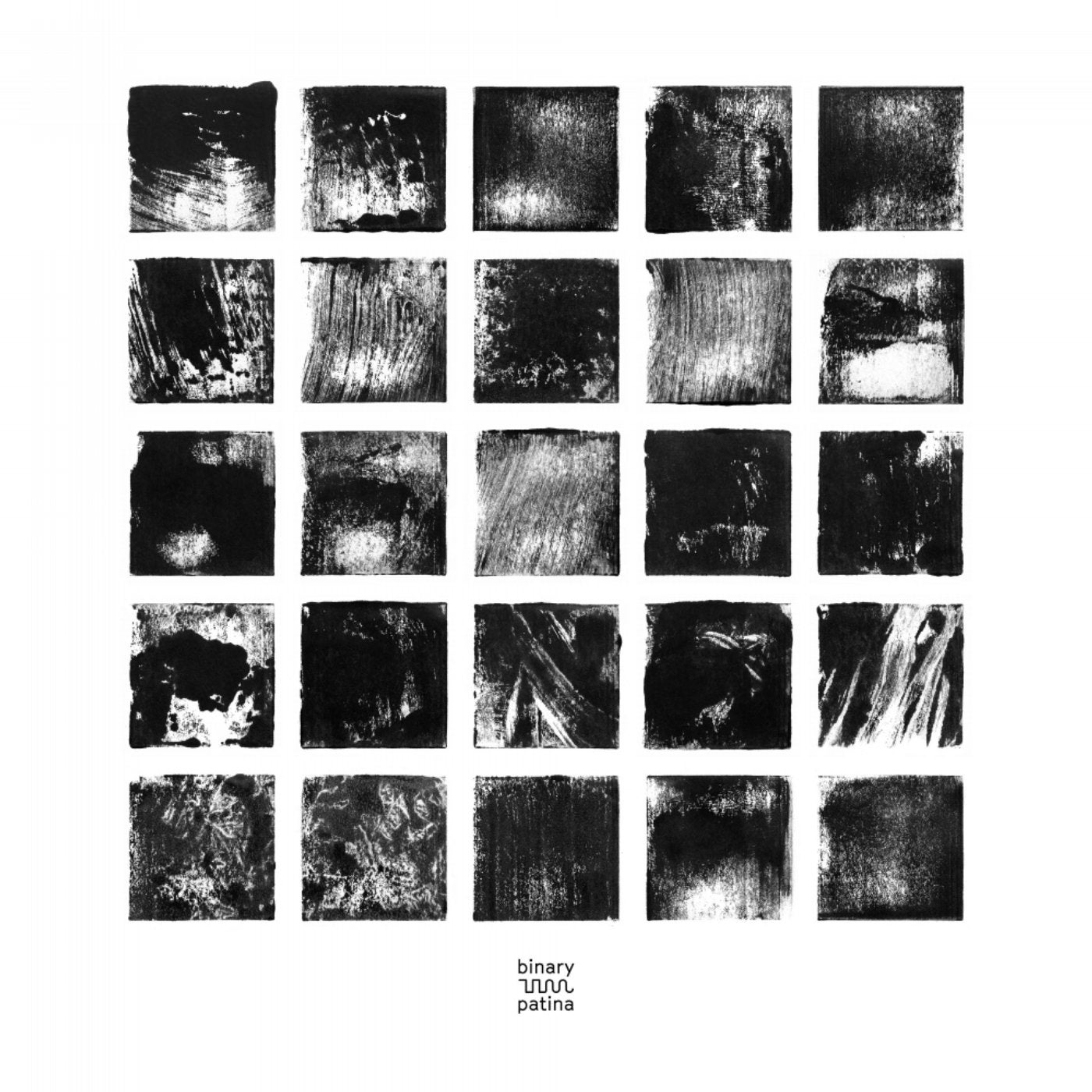 The album 'Binary Patina' documents the music of two audiovisual live-performances that were staged as facade projections of over 800 square meters in size. For the second installment of 'Binary Patina' in 2015, the at the time unused former Prosecutor's office of Trier, Germany, was used as the canvas for a dynamic pictorial layer that addressed the threat of global surveillance in the digital age: Audio-visual samples of contemporary discourse, historical data on US drone strikes from the Dronestream API (banned by Apple), excerpts from the Snowden leaks, maps and 3d-renderings of NSA's Dagger Complex near Frankfurt and GCHQ headquarters in the UK, partially obscured beyond recognition, were synthesized with the music and real-time-generated visuals.

With half the tracks credited to individual artists, the tracklist shrouds a big part of the collaborative effort that went into developing the live performances and refining the music for the album. Breakslinger (and his aliases Bokeh and Cmycmyk), Myom, Flextronic and vocalist Semuta have already known each other for years. For 'Binary Patina' they teamed up with the internationally acclaimed media artist JeongHo Park, who wrote the software that generated moving images from multiple sound sources and controller data in real-time.

While the 'Binary Patina' events were around 30 minutes long, the tracks have since grown and 15 have been chosen for a full 70 minutes long album. The eclectic selection is forward-thinking and at the same time rooted in genres like drum'n'bass, dub, downtempo, bass music and electronica.
Fitting into Acid Elephant Recordings release history, the first half of the album plays at drum & bass tempos, but mostly in a halftime feel. Label head Breakslinger provides the dubby and junglistic opener 'Binary' and Myom lets the breaks roll in 'Harvester'. More laid back are Flextronics epic 'Winter in Exile', his cinematic collaboration with Myom on 'Module' and also Breakslingers percussive remix of said track.
The struggle between the digital and the analogue as the central theme of 'Binary Patina' also manifests musically. On one end, there is Myom's 'Seductress' with warm pads, pianos and lush vocals by Semuta. On the other, Flextronic provides two stripped back, rhythmically sensible tracks, the acid synth driven 'Panopticon' and the brutal robotic 'Pocket Watcher' in collaboration with Myom. In 'We Put a Chip in it' and the more experimental 'Controller', the two let icy drum machines clash with classical pianos and strings.

Guitars are unusually prominent for an electronic album and provide dreamy melancholy on 'Sim of You' by Bokeh, while angry riffs drive a call for resistance in 'Patina'. On 'Auto-Kill Dub' guitar fuzz accompanies a jazzy bassline to a stoic ragga beat over creepy dub effects. The frantic multilayered guitar loops of 'Transcend' nod to Reich and Glass, while Semuta's voice leads through the cinematic arrangement. The album finishes with a 'Word of Advice' by Myom, delivered through the soothing vocals of Semuta over a so far unheard fusion of smoky psychedelic wall of sound guitar epicness and massive dubstep beats and bass.