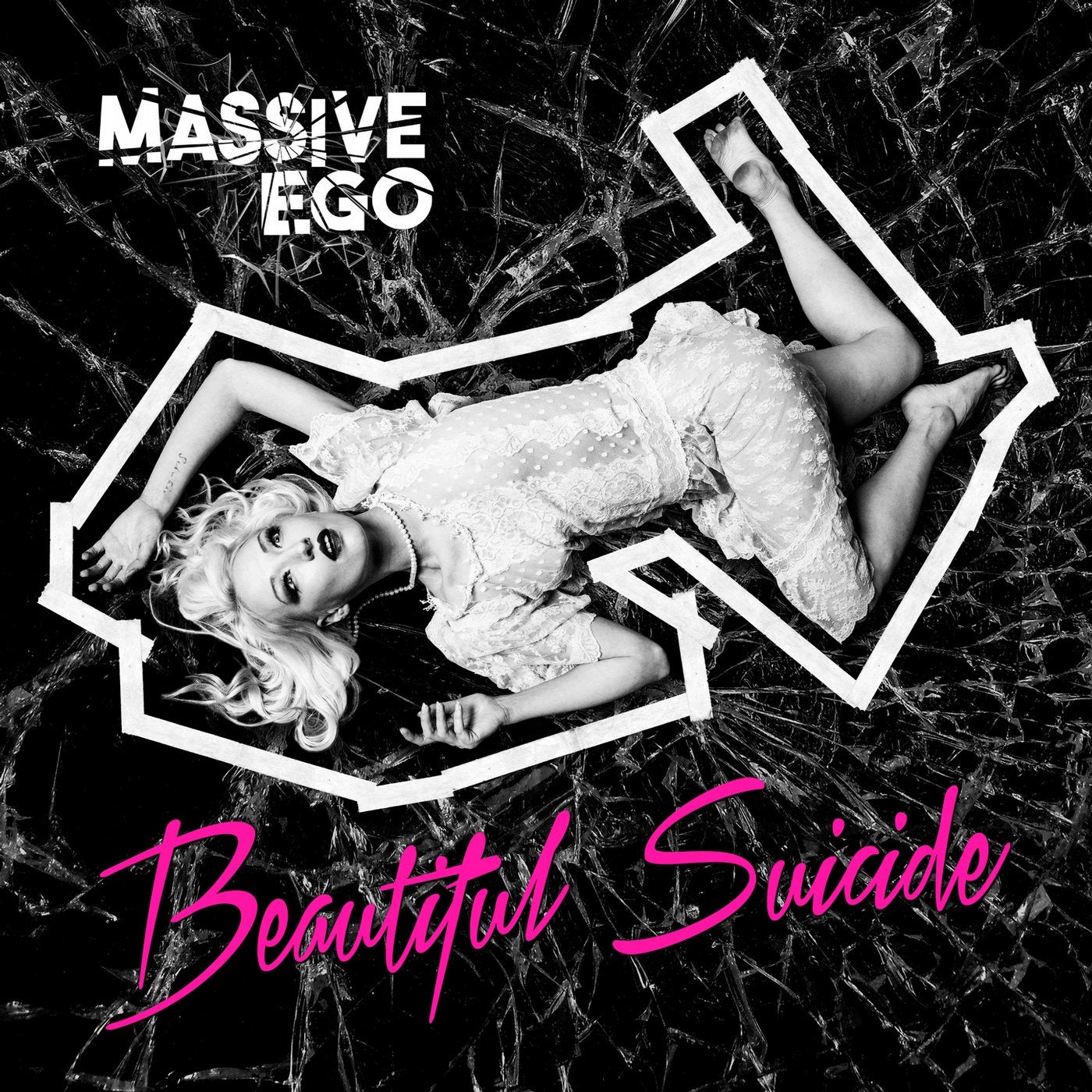 On 'Beautiful Suicide', the new long player from Massive Ego, the British cult group dazzles with gripping Electro-Pop-anthems. Mixed by Chris Pohl and Mario Ruehlicke, the team responsible for the sound of successful Berlin-based group Blutengel, the album contains the Boy-George-penned hit 'Let Go' and the club-smasher 'I Idolize You.' In a world where people define themselves through the amount of likes for their newest selfie and where unattainable beauty-standards are created through the means of plastic surgery and photoshopping, Massive Ego are taking a deeper glimpse into the mirror to rediscover the healthy patina beneath the fake facade. Inspired by the personal battles against depression and anxiety, as well as by the suicide of a close friend and ex-bandmate, 'Beautiful Suicide' pairs the cool chic of the New-Romantic movement with a darkly emotional ironic twist. The stylishly catchy Electro-Pop-anthems are also tinged with a solid dose of sarcasm, making this one of the most impressive works in recent genre-history. With help from guest stars Chris Pohl (of Blutengel-fame), Gene Serene, Maggie K DeMonde (Scarlet Fantastic) and dark rapper Belzebub, Massive Ego have created a sonic juggernaut, always intent on setting their own impulses, rather than going with the flow. The new album is released as a deluxe double disc with an exclusive bonus album containing five more new songs, plus remixes from Blutengel, Ashbury Heights, CHROM, Ludovico Technique, Nature Of Wires, Ash Code and Neroargento. 'Beautiful Suicide' celebrates the glamour while artfully unmasking the dilapidated ugliness behind the glitz. 'Even the greatest stars dislike themselves in the looking glass', the mighty Kraftwerk once sang. Let Massive Ego guide you beyond the superficialities.