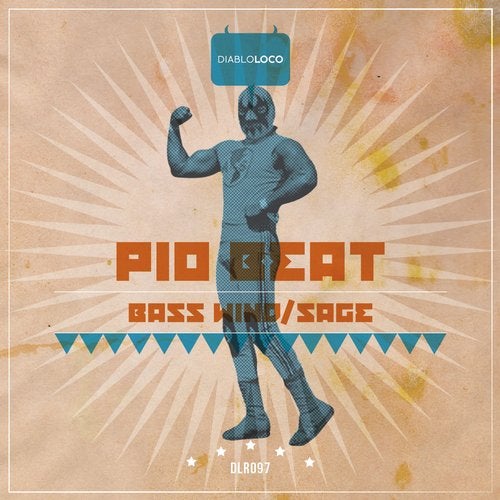 PIO BEAT aka "El Malefico" is an evil thousand year-old Luchador who had been sealed up for 70,000 years. He escaped in "The Return of El Malefico" when the planets align and he controls other Luchadores into tricking them into reading a sentence from the Code Of Masked Wrestling backwards, thus freeing them. He then set out to defeat nearly every one of them and sealing them in the Code Of Masked Wrestling thus increasing his power. El Malefico is one of the most powerful villains in Lucha Libre, if not the most powerful. His only real weakness is that he can be banished back but this can only happen if he is defeated which can only happen if one uses the Artifacts of Luchaness and the planets have not come out of alignment after which he becomes unstoppable. His true identity is Jenny Perkins and he lives with his family in Kaliningrand, Russia's most western region surrounded by Poland, Lithuania and the Baltic
Sea! He loves dirty basslines and when he's able to work in his studio he can produce Tech- Funk bombs like Bass Wind or Sage!!