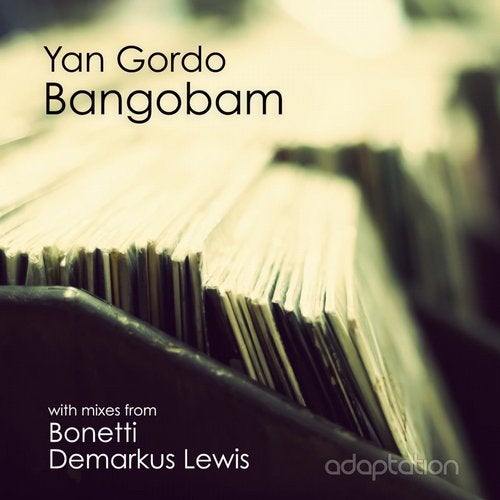 Adaptation Music welcomes Yan Gordo back to the label for release number 86 alongside both Bonetti and Demarkus Lewis, following on from his Perspectives compilation and several previous projects on the label including 'Take It Easy', 'Ready' and 'Calmos'.
Yan continues to show his musical versatility, delving into the world of Jackin House once again and creating an absolutely infectious groove entitled 'Bangobam' that makes you feel like you've took one step onto the floor of Studio 54 or the Paradise Garage with a modern day twist of affairs.
Hailing from the same surrounds as the likes of Agoria, Manoo, Rocco & Klement Bonelli, Yan first started releasing house music in 2011 and his music has been regularly supported by none other than Mark Farina, Phil Weeks, Hector Romero, Jason Hodges, Demuir, Angelo Ferreri amongst others.
Mallorca based producer Bonetti rejoins the Adaptation Music family with another quality and timeless remix following on from the previous and without doubt huge Deep House sounds of 'Lose My Mind EP' and his superb remix of DJ Bee's 'No Drama'. Bonetti is a prolific producer and remixer and has had projects on numerous labels owned by the likes of Demarkus Lewis and DJ Spen. He is also the owner of Groovy Riddim Records.
This exceptional project is honoured to include a top drawer remix from the U.S based Deep and Jackin House legend Demarkus Lewis. His remix keeps things simple yet effective but utterly infectious and is a guaranteed set/playlist inclusion for any discerning Jackin House DJ.