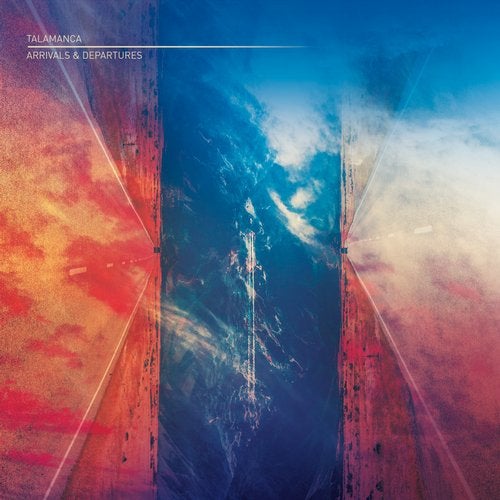 Beloved label veteran Talamanca, the acclaimed trance and progressive composer, presents "Arrivals and Departures," his highly anticipated debut artist album. A prolific and celebrated artist, whose oeuvre begins at the onset of the 2010s, Talamanca is known for a melodic, Balearic-flavored sound, which captures both the natural wonder and nightlife-induced euphoria of the White Isle. His sun-kissed anthems, which have appeared on "Group Therapy," "Electric For Life," and "Global Warm Up," amongst other top-tier international radio shows, never fail to render his fans' hearts aglow.

As the title would suggest, Talamanca's album evokes the incomparable enchantment of a never-before-experienced travel destination, especially one as naturally beautiful and therapeutic to the soul as Ibiza. The midday sun's radiant splendor permeates the album, which is to say that Talamanca's rapturous soundscapes are synesthetically touched with balmy hues of orange and red. Be pleasantly warned, though: Talamanca also proves himself adept at composing deeper, sunset-inspired grooves, as well as soothing downtempo pieces, which reflect a more pensive sensibility from the Dutch artist. A decade in the making, Talamanca's debut album is a blissful aural odyssey into the primitive and exotic.