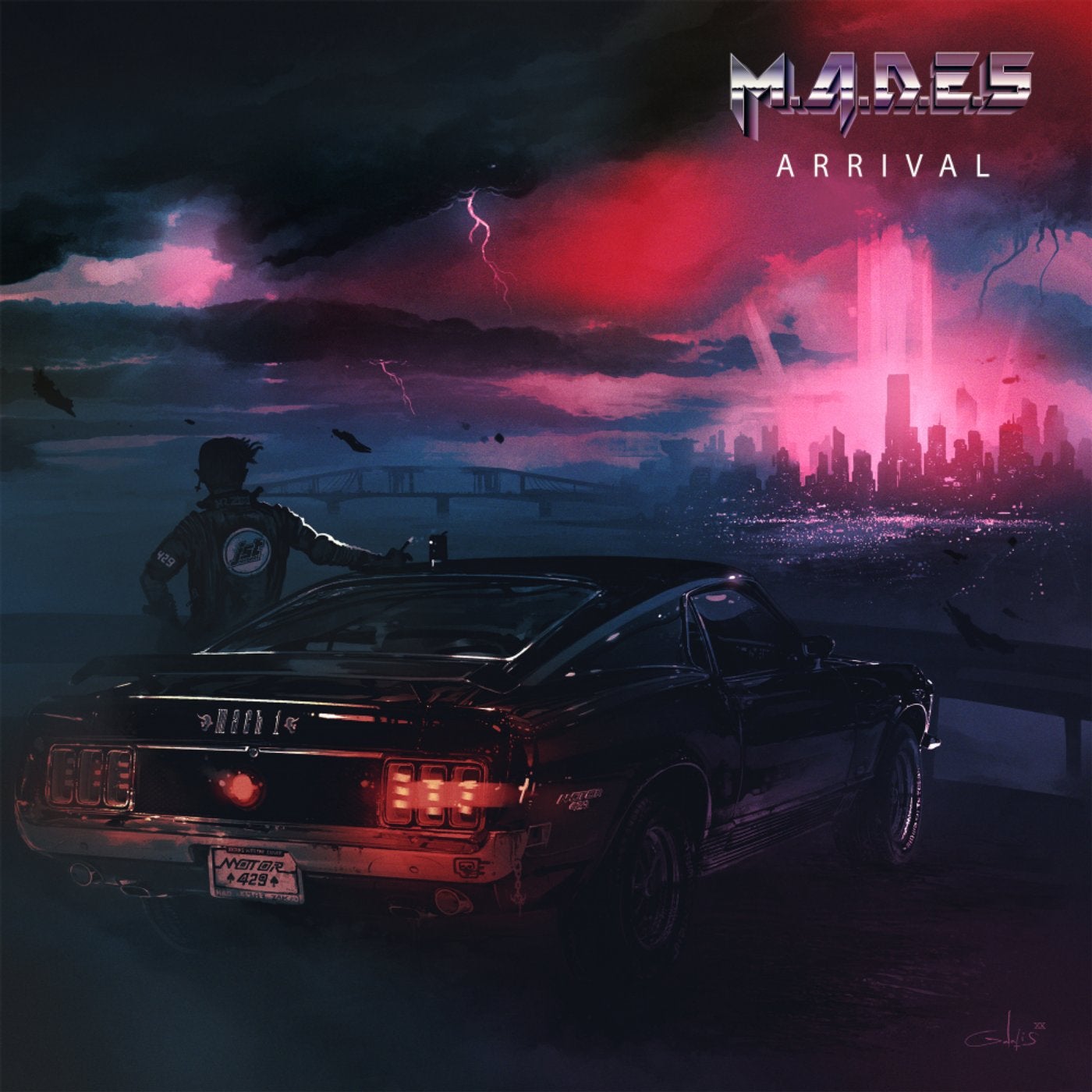 Following a somewhat quiet 2019, French Darksynth/Synthwave maestro M.A.D.E.S is finally back with a new album!

'Arrival', which has been in the making for more than a year, is the next chapter in M.A.D.E.S' retro-futuristic saga. Eleven new original tracks moving between Darksynth, Outrun and classic melodic Synthwave. Power, suspense, speed, atmosphere and imagination are some of the words that come to mind immediately when thinking of 'Arrival', which proves to be not only a worthy successor and follow up album to his debut 'Motor' but also that Synthwave is still alive and kicking, with artists who still compose and produce great albums and music if you know where to find them.

And having talked about imagination and despite not having a follow up video to the massively successful 'Nightkiller' (which would have been almost impossible to produce during the covid era), we decided to team with master horror illustrator Anthony Galatis who visualized the music and transformed 'Arrival' into a visual masterpiece. Enjoy!