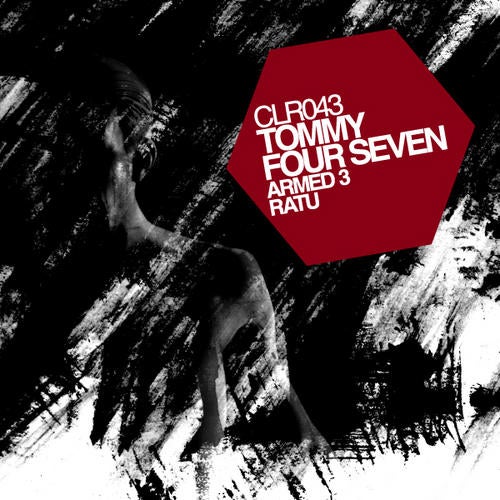 British born, Berlin based DJ, producer and sound designer Tommy Four Seven, or known to some as just T47, is at the front of the new generation of Techno artists, creating his trademark deep and uncompromising sounds. Learning to DJ from a young age, at 17, Tommy held a 2 year residency at Fire Club, London whilst appearing at legendary venues such as Fabric, The End and Turnmills. Producing was also an early interest and Tommy soon began releasing on David Duriez's, Brique Rouge and Kill Brique label, before launching his own imprint called Shooting Elvis. After studying Music Technology in London, Tommy moved to Berlin and has been steadily building his catalogue of strong, moody and hypnotic tracks such as his 2009 hit, 'Surma' on Speedy Js Electric Deluxe and more recently, 'Sor' on CLR, not forgetting the before mysterious 'Bauhaus' project with Chris Liebing. Tommys approach to music is unlike a musician. Instead, he prefers to sound design, recording and sculpting elements into deep engaging atmospheres. An impressive example of this extraordinary production ethos is his upcoming debut artist album Primate. It will be released on CLR in March 2011, which looks set to be his landmark year.When Chris Liebing first listened to it, he was immediately fascinated and amazed. This different avenue of Techno seemed to be perfectly in line with the new, slightly more free-spirited and experimental CLR philosophy. That is why apart from offering to release the record, he even got involved with the finishing touches of the production, helping to make (as Tommy called it) the bass sound mega-hot. Primate is a unique and uncompromising debut-album of a young and promising Techno pioneer and Armed 3 & Ratu are the first single tracks out of this album to give you the taste. www.clr.net