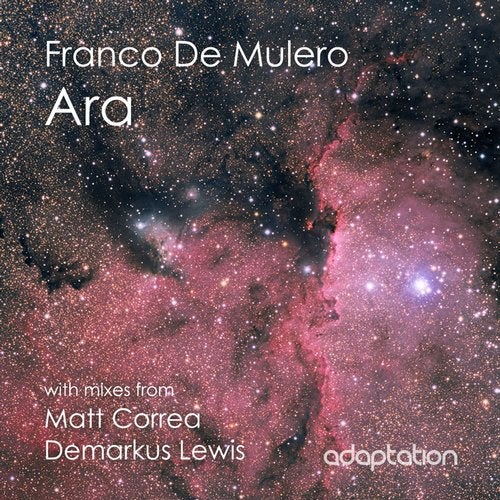 The original mix of 'Ara' is an atmospheric journey consisting of smooth sweeping Balearic chords, afro latin percussion and a glorious synth lead. The track is befitting of the title, which relates to a distant star constellation in the southern hemisphere.

U.S producer Demarkus Lewis turns in a dancefloor orientated jackin remix reminiscent of his early deep house sound from the turn of the millenium which made him a household name. Demarkus' prolific production rate has seen him on labels such as Fred Everything's Lazy Days imprint, JT Donaldson's Grab Recordings, Brique Rouge, Large Music, LowDown and numerous other labels.

New to Adaptation but with several projects on the way is Spanish producer Matt Correa, who turns in a chunky yet atmospheric remix which is guaranteed to grace the white isle this year with Matt having DJ residencies on the island and on mainland Spain. An incredibly talented and devout musician, expect to see a lot more of his quality productions in the future.