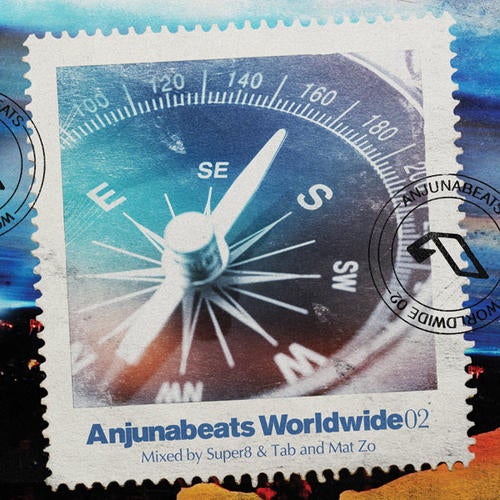 Anjunabeats Worldwide 01 was a key milestone in the evolution of the UKs leading independent dance label. Volume 2, mixed by Super 8 & Tab, and Mat Zo is the long-awaited follow-up. In the 4 years since the first instalment, Above & Beyonds imprint has strengthened its role as a key player within the global electronic music scene, gaining a reputation as the worlds premier trance and progressive house label; scoring a number of Top 10 placings in the US dance iTunes chart for a range of critically-acclaimed compilations including the Anjunabeats Volumes and Anjunadeep series. Through Above & Beyonds emphasis on forward-thinking established artists and nurturing the hottest new talent, Anjunabeats has cemented a fine reputation as a go-to stable for those seeking innovative dance music. By default, theyve attracted a growing roster of emerging and newly established players to the label from across the globe, neatly demonstrated by the range of international talent featured on this album. Finlands Super8 & Tab, aka Miika & Janne, are one of the most prolific outfits on Anjunabeats. First earning and then maintaining a wide range of supporters including Tiesto, Ferry Corsten, and Paul van Dyk, theyre forward-thinking originators, with a refreshingly different take on the genre. Taking the helm of the first disc, they mix up a fine selection of tracks including two of their own originals, plus productions and remixes from the likes of Bent, Velvetine, MaRLo feat. eM, Mike Koglin, Lange, Ronski Speed, Thomas Datt, Sunny Lax and Dan Stone. 20 year old Mat Zo is the new school hero championed by the likes of Mixmag, DJ mag, Radio 1s Zane Lowe and Annie Mac, Armin van Buuren plus many more. Reflecting the musical tastes of his generation, Zos productions veer between epic drum & bass and finely tuned melodic trance. In keeping with his exemplary production output for Anjunabeats, his mix on CD 2 is a deft showcase of his DJ talents. Alongside his own work, his disc features key players including Dinka, Arnej, Boom Jinx & Andrew Bayer, Andy Duguid, San feat. Jan Johnston, Richard Durand, Bart Claessen, Ronski Speed, Duderstadt and Reeves.