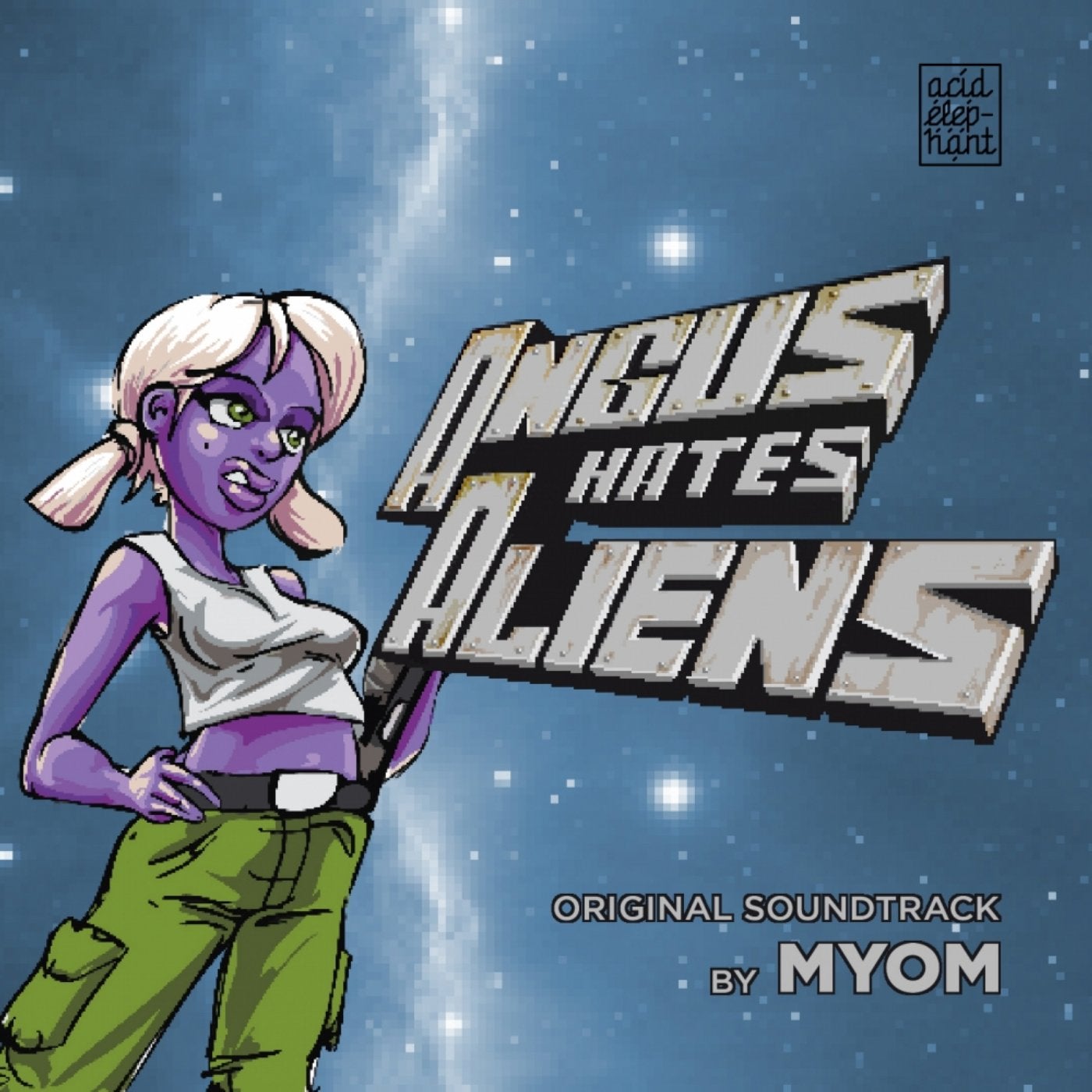 The official soundtrack for the game "Angus Hates Aliens" with exclusive tracks by Myom is released in early may 2015 on Acid Elephant Recordings and will be available in all major online stores. At the same time, the game itself is released for Playstation, PSP, Vita and PC.

Myom's concept for the A.H.A. soundtrack is to merge classical blues elements with different electronic bass music genres to develop a unique, hybrid aesthetic between the digital and the analogue, the traditional and the innovative.

"Angus Theme" sets the tone for the grim hero's journey. The organic blues guitars symbolize the game's hillbilly hero, a rather dim-witted guy, who has to save the world from aliens and their minions. If John Carpenter were into heavy breakbeats, his movie soundtracks would sound alike.

Another unique approach can be heard in "Dobrostep": A driving Post-Garage rhythm layered with dobro guitars and harp melodies.

Are there rhythmical relations between Blues and Dancehall? "Harpcore" leaves no room for doubt. Blues harps and guitars are intricately merged with a bass heavy dancehall riddim.

"Slideshow"´s Drum&Bass beats are a solid foundation for lush slide guitars that lead you through the track's arrangement.

"Fading (Instrumental)" slows its post-dubstep elements down to 120 bpm for even more heaviness, while the guitars provide dreamy melodic atmosphere. Watch out for the vocal version following soon.

As a bonus the album contains the ingame radio shows including conspiracy theorists, apocalyptic advertisement and a far-out preacher.

DJ and producer Myom is active since the year 2000 with strong ties in Drum&Bass. But whether in his productions, mixtapes or live sets he always strives to push the status quo and push musical boundaries ever forward.

Written and mixed by Myom. Mastered at Dub Studio Bristol.