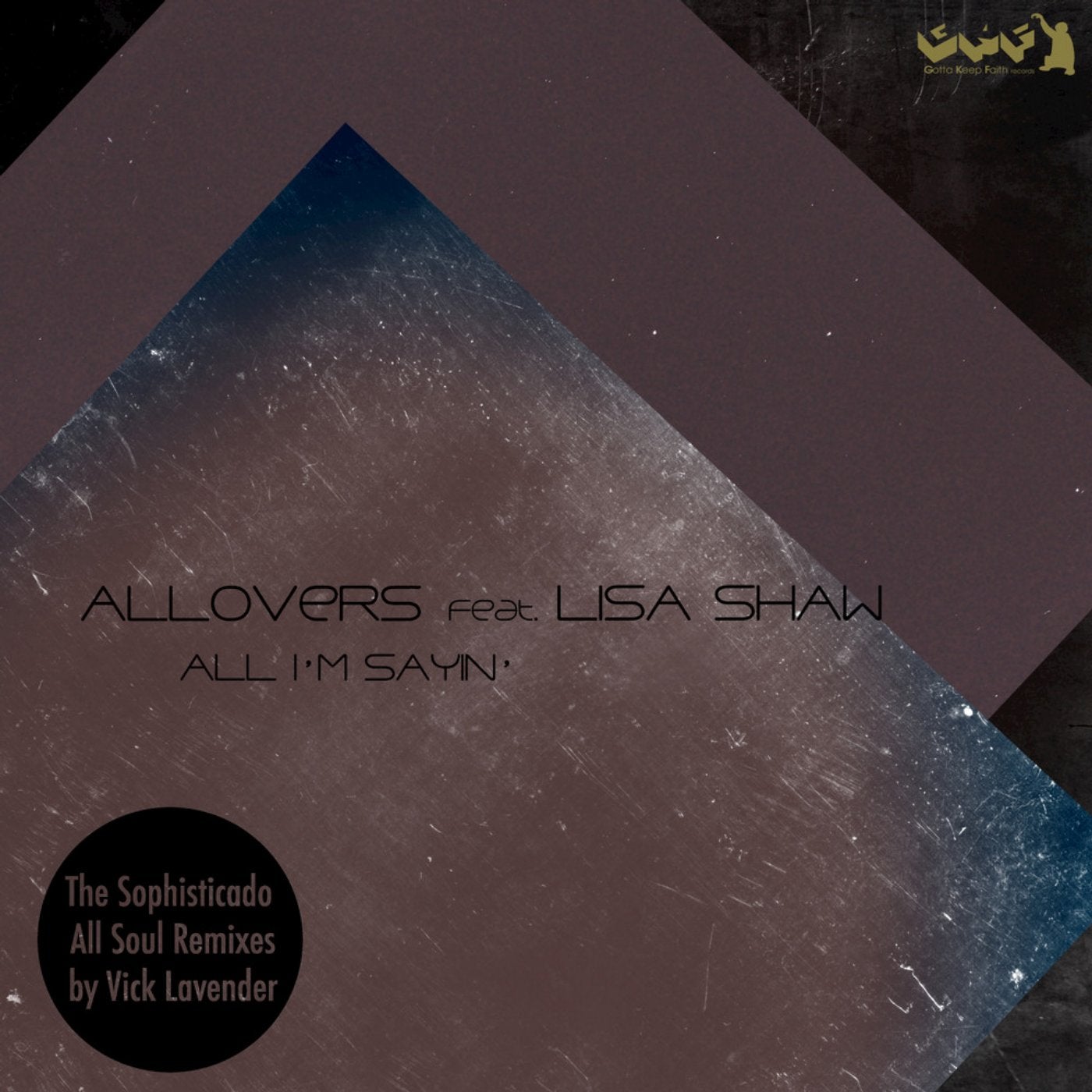 Michail Popov and Ilya Popov as known as Allovers, after the great result with the production called "All I'm Sayin'" featuring Lisa Shaw, decided to let rework the project to one of the most warm & "sophisticado" producers of the global house scene: Vick Lavender.
Vick Lavender started his career in the late 80's, playing in such Chicago clubs as Red Dog, Sonotech ,Betty's blue star lounge, Sinabar, The Funky Budda Lounge, not to mention becoming a staple at the WMC since the late 90's. His production career started in the mid 90's with The SJU, then continued after leaving The SJU and becoming one of the co founder's along with Jere Mcallister of Mr A.L.I., the Chicago based live house music ensemble has been responsible for some of the new classics such as "Missing you", "Rainy day", "Cast your spell", "About us", and many more... Now running his own digital label Sophisticado Recordings, along with Steven Stewert, the releases continue to flow. Recordings such as "What a poor boy wants" featuring Peter Jericho, "Respect our love" featuring Carla Prather, "Better baby" featuring Peter Jericho, just to name a few.