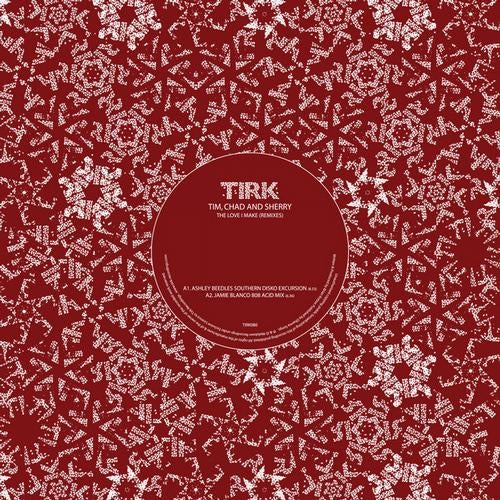 Back in 2009 A group of Silver Jews and Lambchop members got together to form a new band. They called themselves Tim Chad and Sherry and self-released their debut album 'Baby We Can Work It Out' later that year. The album caught the attention of a few curious folk including cult band Pavement, who invited the band to play at their curated ATP festival. After much acclaim the group return to the fold with an EP on London's Tirk Recordings.

'The Love I Make EP' is an oddly compelling mix of slinky, raucous rock, feet-dragging dadaist grooves and uplifting melodious soul. In describing their sound, the band says it best: "PSYCH DANCE. If Steely Dan, The Flaming Lips and R Kelly had a love child, you'd have Tim Chad and Sherry."

'The Love I Make' is the initial bolt of crushed funk on the EP, and it's this track that we've turned over to our cunning remixers Ashley Beedle and Jamie Blanco.

Ashley's mix gets things ramped up into an elasticised slo-mo dancefloor frenzy. Jamie Blanco's 808 acid mix doea exactly what it says in the tin with some boombastic kicks and 303 squelches. The other mixes are Dub and 'Drummer' variations on Ashley Beedles' mix, albeit with a different artist name. Sneaky! And no, none of the band are named Tim, Chad, or Sherry.

The Love I Make (Remixes)