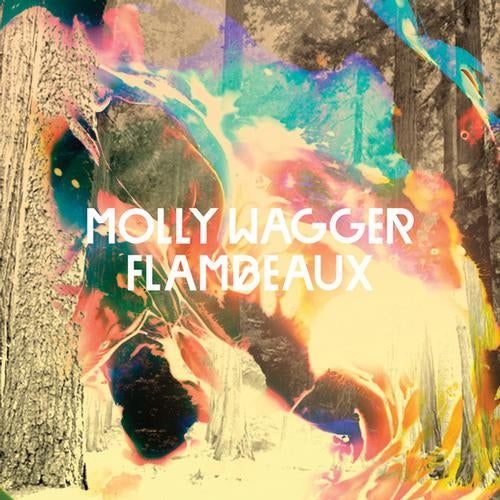 Here at Tirk we are really pleased to be putting out our first band album in quite a while (...since we started off the Fujiya & Miyagi train back in 2005). Molly Wagger are a Scottish 4 piece consisting of lead singer Charlie Denholm, brother James on Guitar, David Ayre on Bass and Edward Hulme Guitar. The quartet write melancholy but thoughtful songs with a streak of cold Edinburgh winter running through them. The lads spent several weeks last summer holed up in Muirhead studio, in the glorious and green region of Scotland recording the album under the watchful production hands of Sam Annand (of Architeq) and Robin Sutherland. Sam's analog desk and space echoes are deployed (as well has his mercurial skill) to full effect. Album opener is the expansive "Weight", a song in two halves which builds into a expansive Sigur Ros style mountain-shot soundtrack. Next up "Steve" is a galloping foot stomper of a tune driven by acoustic guitars and variety of drums styles culminating with a full on house beat towards the end, thanks to the incredible talent of drummer Scott Donald. "Low", begins with the all the spirit of a cold, grey, student flat in darkest Leith but builds into the slightly-epic crescendo driven by a tear-jerking string arrangement. Recent single Weekend, is up next. Last summer it did pretty well and has featured on 3 compilations so far. Its piano driving sombre-but-uplifting providing a welcome album experience gear change. "Able Mable" is as happy as it gets in the Molly camp, Sam nurses the drum and synth driven sunspot on the album. "The Quiet One" is one of the bands oldest songs and has one of the coolest opening lyrics we have heard in a long time. "I had a dream about a girl with an eye on her forehead". "Delilah" fills the acoustic sweet-moment song before we head for the closing legs of the album. "Zuma" puts the spotlight on Charlie's distinctive mellow vocals and layers them upon a delicate drum-machine led, chordal soundbed. We save one of the best until last with the "Muito Bem" , soaring vocal harmonies, big production and a just enough left-field quirkiness to make it a touchstone example of the album as a whole. Molly Wagger have recently taken the Kings Shilling and moved to the big smoke of London. Look out for them on the live circuit.