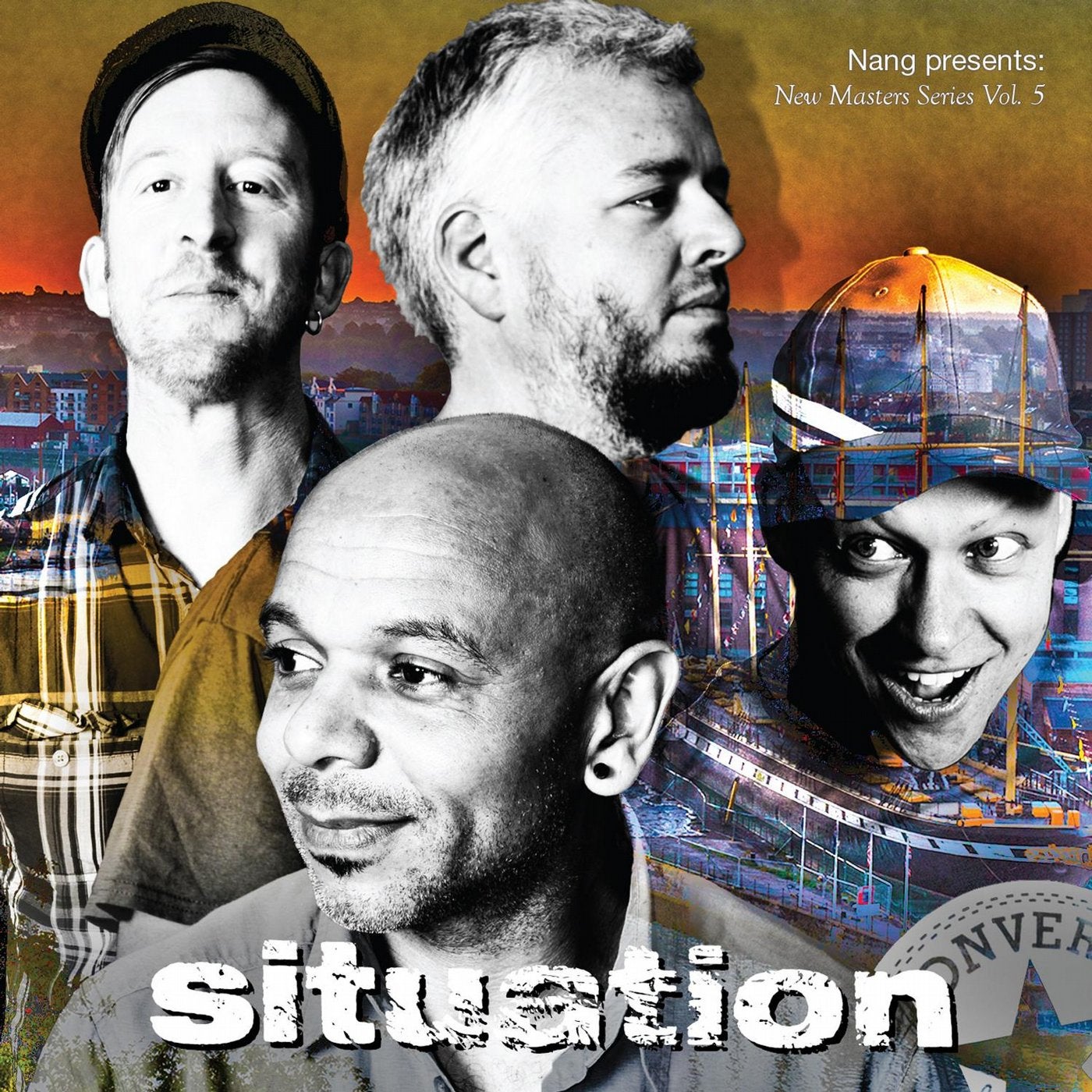 Over the past 10 years Situation have been creating a diverse and wonderful range of remixes. Now, Nang proudly presents Vol. 5 of the New Masters Series, compiled by Mr Mulatto & Frank Situation, the driving force behind the Bristol based collective.

Situation also includes fellow musicians James Payne on bass/lead guitar and Dom Thompson on Keys, who often united to producing original compositions, as well as a plethora of unique edits, revisiting a diverse selection of music by some of their favorite artists, old and new. Furthermore they are known for running their own label Situationism and have gained wide support from the likes of Ashley Beedle, Groove Armada, Joey Negro, Horse Meat Disco, Pete Herbert, plus Greg Wilson who included one on his infamous BBC Radio 1 Essential mix.

The release opens with a dub edit of the iconic "I Ran (So Far Away)" by A Flock of Seagulls. With delicately processed vocals Situation retain a sense of space and depth in their dubbed up reworking of this 80's classic. Not ones to shy away from taking on some of the that decades biggest songs, Situation also got their teeth stuck in to another seminal hit of the era, Visage's huge hit "Fade To Grey". Here Situation take a minimalist approach with synth melodies and arpeggios interweaving between the whispering vocals of Steve Strange. In contrast to these 2 massive 80's hits "Strange Kind Of Love" by Love And Money (who should have have been massive... but somehow weren't) get's a chilled reworking.

Situation have delivered a ton of prime Nu disco edits over their time and many of them can be found within this compilation. Their magical edit of Pasteur Lappe's "Na Real Sekele Fo' Ya" is bound to cause some serious moves on the floor with that beefed up low end. Whilst they take an old skool route on their remix of James Rod's "Disco Rocket", with a bubbling acidic bass line and spliced vocals. If your a fan of slap bass then look no further than their Future Feelings "Downtown Girl" remix, this sassy remix really gets the groove going.

Not just a one trick pony, Situation also show off their jazz and soul influences on several of the featured remixes. Their reworking of Jazzy Funk's interpretation of Stevie Wonder's 1973 monster "Dont You Worry Bout A Thing" raises the heat, with it's infectious saxophone hook and vocal loop it's hard to resist moving along to. Their down-tempo remixes of Sugar Daddy's "Love On The Attack" and Rubberlips "Hold On" dive into a deep emotional world of smooth sonics.

This eclectic collection showcases Situation's superb talent of remixing, the old and the new, the subtle and the bold... truly deserving a place in Nang's "New Masters" series.