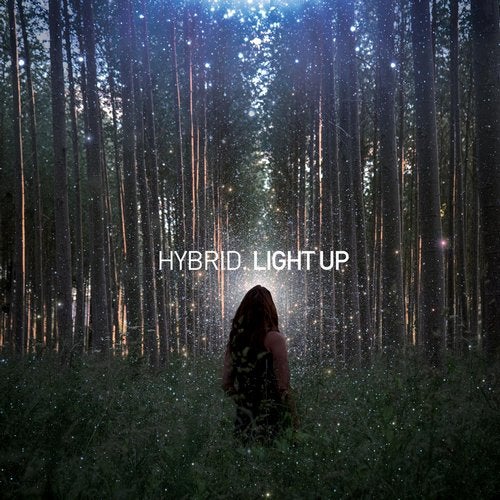 "Light Up" is the debut single from the upcoming "Light Of The Fearless", Hybrid's fifth artist album. This brings together UK-based, Mike and Charlotte's passion for combining emotionally powered cinematic pieces with astute, intricate and intelligent electronic production. "Light Up" is an immensely positive song about believing and having faith in yourself, realising that you create light in other people's lives and to have confidence in your own voice. "You light up the world with your song".

We open up the five track single package with the powerful and driving video edit of the album version. A slightly condensed and harder hitting version, which goes for maximum impact. Next the album version, which really gets going half way through when the D&B beats kick in. As is often the case with Hybrid things tend to get cinematic fairly quickly and the sweeping Prague Philharmonic Orchestra adding new sonic dimensions really powers this track over the top.

On the remix front Bristol based Drum and Bass duo Loadstar (RAM Records) take proceedings on a high energy workout both with their vocal and instrumental versions. LA based Matt Lange (Anjunabeats and Mau5trap Recordings) delivers his verson to close off the EP. Big sweeping synths, breakbeats and a future-wave prog-techno gloss.

The fifth Hybrid artist album "Light Of The Fearless" is out on Distinctive Records on 27th July 2018.