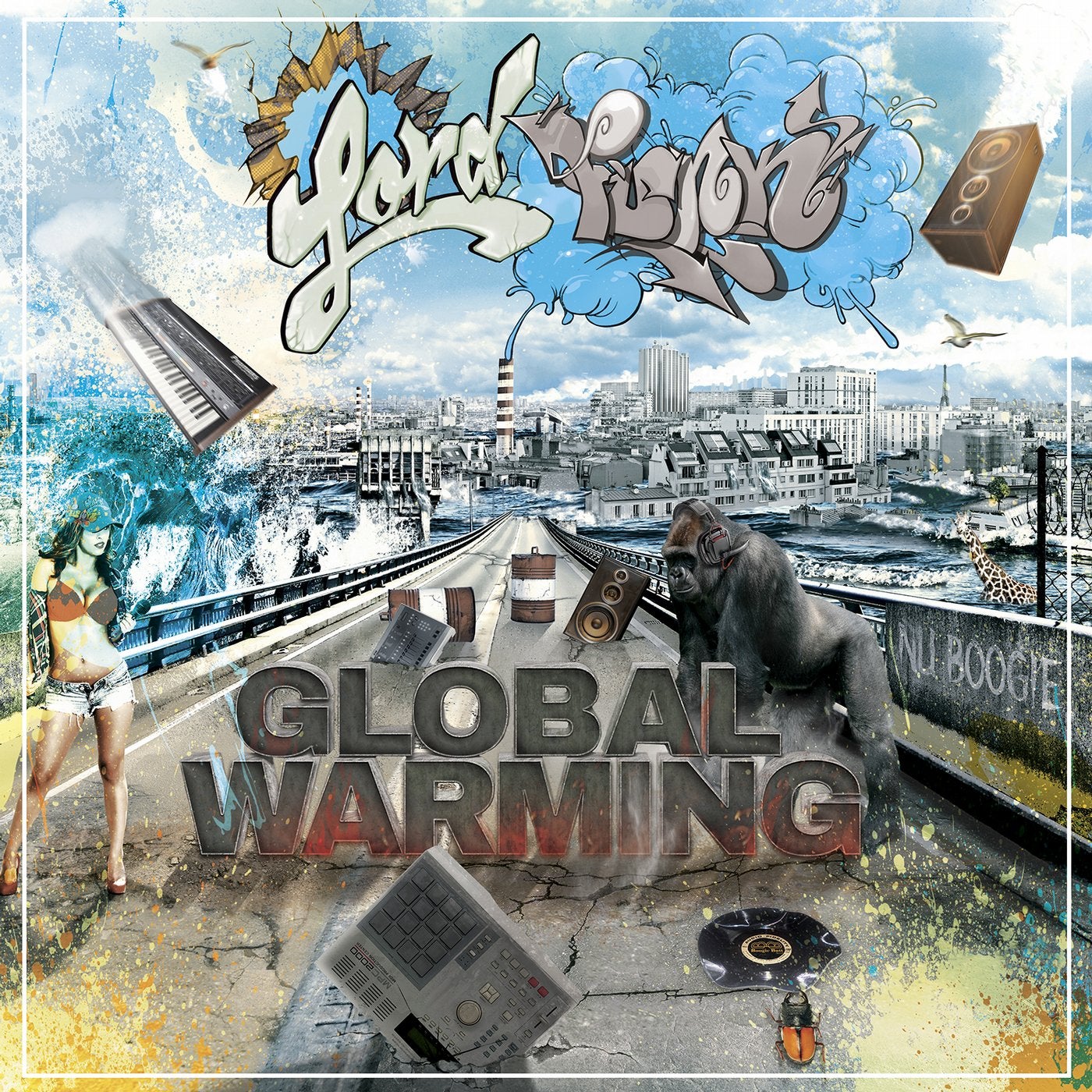 Here at Bearfunk we have been pretty busy as of late... it was a casual visit to Geneva just like any other. We had just finished a buzzing set and soon after we found ourselves talking to a five bearded academic types. It turns out they were a bunch of theoretical physicists out on a cosmologists night out. They work them hard at CERN and that day the Large Hadron Collector had been a real beast... rebooting five times before lunch. They were pissed off and needed a new challenge. We offered them a job on the spot and they promptly moved to our London HQ working on a wage of tea, vinyl and Nandos. We set them a challenge... Build us a time machine! They started soaking up all those Bearfunk-groove-boson particles and… you know what? They did it!! A Time machine of our own. Our first task, jump back in time to 1985 and retrieve us something really cool. Set controls to the Manhattan office to Celluloid Records. Fresh from their hit with Herbie Hancocks "Rockit", spearheading rap with Fab Five Freddys "Change The Beat" and Afrika Bambata stompers the legendary label is preparing to release the debut album from NYC-Paris émigré Lord Funk. The album is prepped and ready to go with a release date. It's a cornucopia of mid 80s sounds. Disco, Hip Hop, Rare Groove, Deep Boogie and foot-tapping funk. We manage to hijack a shipment of the records on the way from the plant to the record distributors and bring them back to 2016. We are ecstatic but Celluloid Records are furious. Celluloid never gets to release the record and its existence slips into music legend. We however find ourselves in the 2016 future sitting on a stack of LPs which represent one cool sound from 1985. Surely just what time machines were invented for. Alas this story doesn't have a happy ending. As we were beaming the last batch of master tapes... the ones containing the Larry Levan remix of Bad Day and the Jean-Michel Basquiat artwork for the album sleeve... things went terribly wrong. A stray chicken bone fell into the spacetime-continuum-field-generator and our beloved time machine imploded, never to be seen again. The remaining mixes and artwork were lost too. However it’s not all bad as we at least had the batch of vinyl of the Global Warming LPs. Which we proudly present you, new sleeve and all, for sale in 2016.