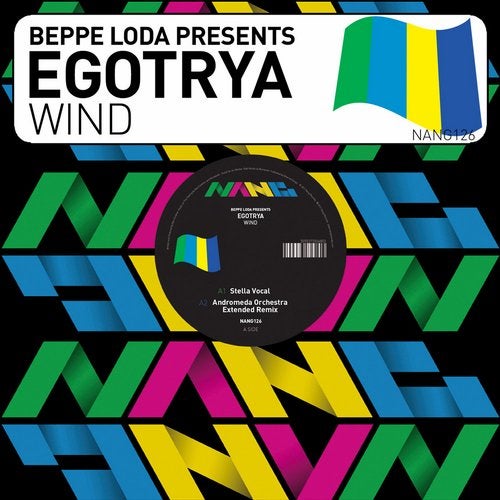 The prolific Nang proudly presents another legend to appear in its roster, following recent releases from the likes of DJ Rocca, Daniele Baldelli, Andrew Wheaterall, Rayko, Toby Tobias, Luke Solomon, Prins Thomas and more. On the 16th of September the imprint drops the latest single from Mr. Beppe Loda, who's been always identified as one of the founding fathers of Cosmic/Afro Music together with his long time friend Daniele Baldelli. The Italian producer has been around since 1970's, becoming one of the most influential figure on the scene and influencing the following generations of Disco producers and DJs.

His latest single 'Wind' is part of his project Egotrya, in which Beppe plays various instruments (drums, synths etc) together with his partner in crime Francesco Boscolo: the first one on the arrangements, the second one on the production. 'Wind' comes out on Nang in September and it's once again magical and timeless. Both their 'Stella Vocals' and Beppe's personal version are two magnificent examples of his celebrated style, fusing synth's solos with rolling grooves and relentless Disco bass-lines.

Nang also includes in the package 5 different mixes, coming from the likes of Robin Lee (from Faze Action) aka Andromeda Orchestra and No Static's JMRS: both the artists offers up 2 versions each of Egotrya's original. Andromeda Orchestra moves towards 80's TV theme atmospheres with the 'Post Mic' version, while drops a unique mixture of Disco and classic 90's House with his 'extended remix'. On the other hand JMRS fuses futuristic melodies with Nu Disco grooves and places on top of them Loda's original synths' solos, creating summery and nostalgic vibes with both his 'Garden Party' and 'Hollywood and Vine' remixes.

Egotrya's 'Wind' is due for release on the 16th of September and its the perfect way to salute the summer.