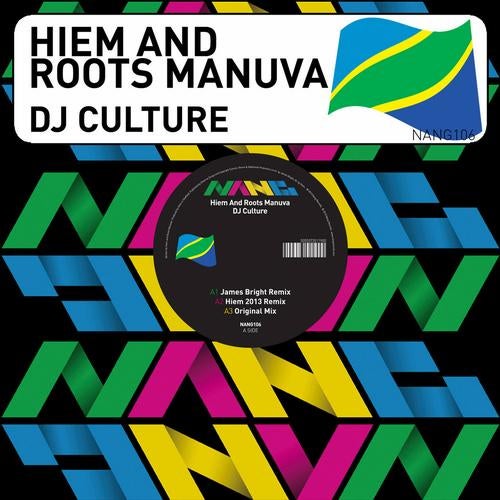 Hiem, who created the stunning '2.A.M' single with the Human League's Phil Oakey earlier this year on Nang, returns with another collaboration of equal measure; This time with the UK's one and only Roots Manuva.

Hiem, aka Nick "Nico" Eastwood and David "Bozz" Boswell come from Sheffield's rich musical heritage. Bozz once fronted the 'chart bothering' outfit called All Seeing I back in the the 90's, a supergroup of sorts that included Jarvis Cocker and Babybird to name a few.

Roots Manuva brings his South London swagger to the textured, eccentric backing track, melding minds and hemisphere's to create the infectious 'DJ Culture.' His lyrics depict the shallow underbelly of a culture that's often lauded as lavish and elite, the lifestyles of DJ's and MC's, creating a track that's bittersweet both musically and lyrically.

In typical fashion, we've reigned in the talents of our London friends James Bright and Pete Herbert, plus Berlin's Derk Leyers. They go to town with their deep disco and house stylings for maximum dancefloor presence. A wonderfully varied and enigmatic 12" we think!