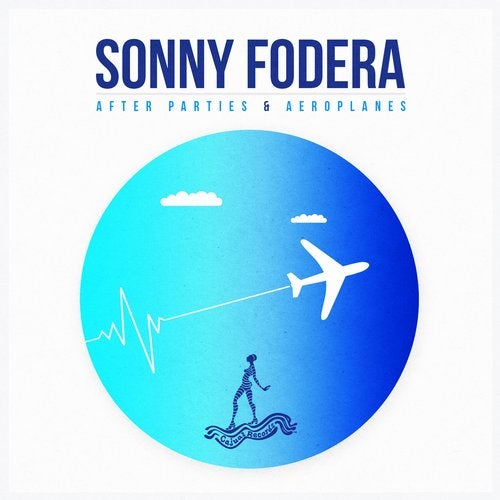 Sonny Fodera is quickly becoming one of the hottest DJ's on the international scene today and we are thrilled that in addition to his other partnerships he is also a part of the Cajual Record family.

Originally from Melbourne, Australia and currently making London, England his home… Sonny followed his passion almost two years ago and traveled the more than 9,000 miles to join us in Chicago at the Cajual Record Studio. That visit resulted in his releasing his first album on our label…."Moving Forward".

His second album on Cajual Records…"After Parties & Aeroplanes" came together over about 10 months. The tracks were made in Ibiza, LA, Chicago and London with artist from all over the world. Sonny gleans his musical inspiration from traveling and working all over the world including six summer months in Ibiza watching all the big guns in action.

His reputation is quickly accelerating as he is firmly establishing himself as one of the world's premier deep jackin-house DJ's. In addition to being a slamming DJ Sonny is an incredibly talented artist/re-mixer and producer. And if that weren't enough he is a good guy…. someone other artist love to work with and learn from.

Sonny is committed to maintaining his underground house sound and loves exploring new synthesizers, searching for new samples, VST's and trying out new DAW's. He is always trying to keep it fresh and incorporating new sounds into his productions. He says that staying true to his sound is helped by working with guys like Cajmere and listening to and being inspired by the likes of: Daft Punk, Inland Knights, Dusky, Green Velvet, Hot Natured, Tale of Us, Dixon, Jimi Hendrix, Tribe Called Quest, Maceo Plex, Jamie Jones, Loco Dice, Pleasurekraft and others.

His recent move to London just marks the beginning of a new chapter in his journey…and you should follow him as he travels the globe over the next several months. Meet up with him on his Australian tour in February, Europe in March and April then North America in June.

This new album will quickly move to the top of your favorites…. It will set the backdrop for jamming parties and festivals this summer and make the walls of clubs vibrate all around the world. Listen, play, and watch the crowds go wild...Sonny Fodera "After Parties and Aeroplanes"...slamming!!!!!!