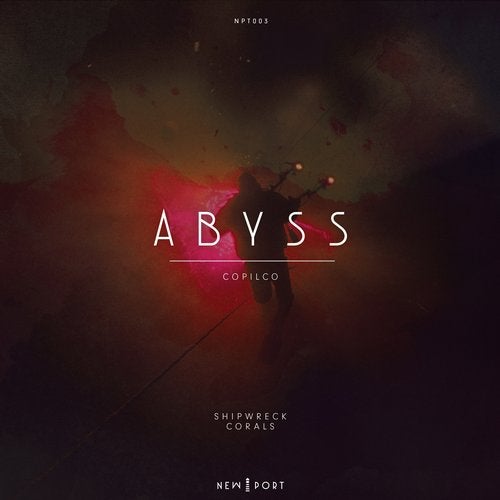 Every sound tells a story. I want my music to make people forget about everything and lose themselves in that very moment. This philosophy is the foundation of Copilco's songs, productions and DJ sets. His characteristic style: atmospheric deep techno, blended with elements of electronica and IDM. Abyss is the debut EP of German producer Copilco on New Port Records Berlin. The two tracks Shipwreck and Corals can be described as atmospheric deep techno with elements of electronica. Copilco's music is characterized by carefully constructed arcs of suspense. His songs work like short stories that evolve with every single bar. I am fascinated by the unknown, the recondite depth of many things. That's the concept behind Abyss. Back when I was a child, I read Jules Verne's novel 20.000 Leagues Under the Sea. It is a thrilling as well as inspiring story. On the one hand, mankind knows less about the abyssal sea and its creatures than we know about our solar system. On the other hand we don't even know enough about ourselves and our personality. It might be worthwhile to discover the abyss and find out what awaits us there. Both tracks reflect this idea: Shipwreck stands for the dark side we might have to face. It serves as a metaphor that tells us how ephemeral everything is. Just imagine a disaster on the high sea. On the contrary, Corals stands for the colorful side of life. You might not find corals in the deep sea but they are part of the same system. The abyss is just as necessary as the first meters below the surface. To me, the story of Jules Verne contains one important message: Those who dare to approach the unknown will be rewarded. But if you go too far just like captain Nemo did you will be torn into the abyss by the maelstorm.