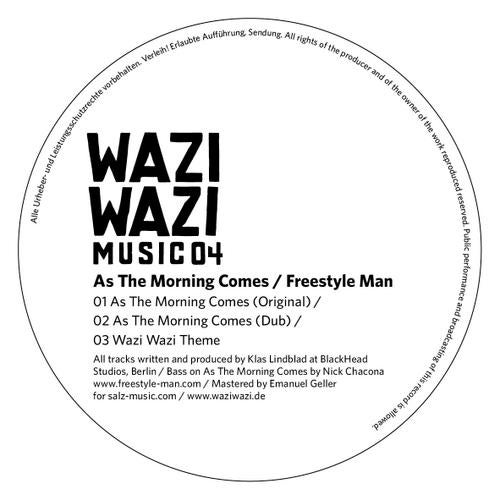 Freestyle Man is back. After his well received album "The Bottom Line" on Hairy Claw, he's been busy in the studio, laying out ideas for more EPs to come in the coming months.
Wazi Wazi is proud to have him onboard for another taster of his old school influenced deepness.

We start with "As The Morning Comes" an early NYC house shuffler featuring Nick Chacona on bass, taking the listener on a funk fueled groove with a loose disco edge. The Dub takes a reduced path of beats and bass, keeping the floor nailed for the early morning thang !

When The Morning Comes