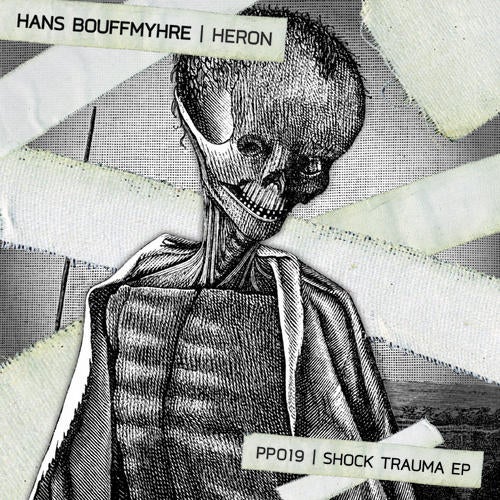 2010 is quickly approaching and along with the start of a new decade, we here at Prosthetic Pressings have been hard at work making new connections to keep the flow of fresh new music coming your way. For the first release in the new year we have a bomb of an EP coming from none other than Hans Bouffmyhre (Sleaze). This young artist didn't start his production career until 2007 and in that short period of time he can already boast releases on many of today's top labels including Perc Trax, Viva Music, Autist, Malatoid, Stolen Moments, Kol Mojito, Bondage Music, Piso Records, Plus Tokyo, Monu Digital and Strike Recordings as well as his very successful Sleaze Records. Also included on this release is a remix from the mighty Heron; owner of Limikola and up and coming artist already receiving support from the likes of DJs like Laurent Garnier, Richie Hawtin, The Advent, Troy Pierce, Chris Liebing and many more.