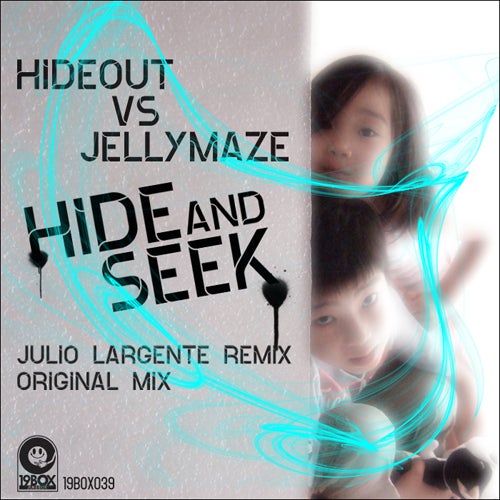 HIDEOUT is the club project of HIDE from HOT STATION. He's well known as one half of Hot*Dog; who have had many hits in Japanese pop market before. His original is based on funk music with soul, jazz and hiphop. JELLYMAZE added a house flavour to the original.

JELLYMAZE is a pseudonym of Swedish producer BJORN FOGELBERG, who used to own a label called XAKK RECORDS for his own productions. He has released tracks SYSTEM RECORDINGS , KYR RECORDS and of course his very own XAKK RECORDS. "Hide And Seek" has the feel of laid back house music from the early 90's.