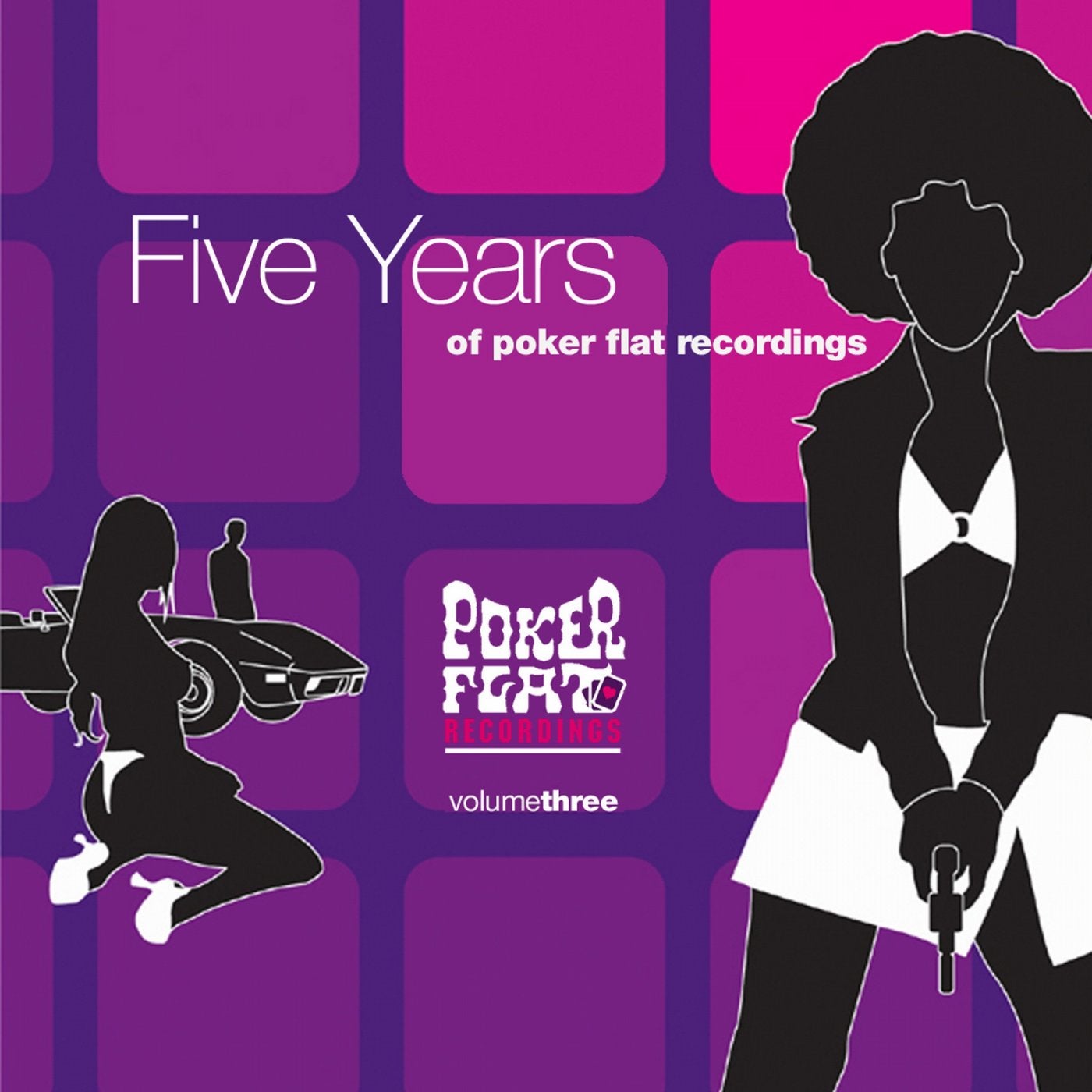 Poker Flat Recordings proudly presents this very special compilation as a reminiscence of its fifth anniversary.
Since DJ and producer Steve Bug founded the imprint in 1998 it has been a continuous story of success. The first release - Steve Bug's „Loverboy" - was a huge club hit world wide and many others were to follow. The artist roster expanded steadily and German as well as international acts like Hakan Lidbo, Jeff Samuel, Detroit Grand Pubahs, Martini Bros., JussiPekka and others have been signed to the label.

Over the years Poker Flat has been established as one of the leading suppliers of high quality, funky minimal house in all its varieties with a worldwide distribution setup. „5 Years of Poker Flat (Poker Flat Vol. 3)" features no less than ten tracks which have been exclusively produced for this album as well as the best tracks taken off the 12" releases from the recent months. Most of them are released on CD for the first time.

Tunes like Martin Landsky's „Reject" or Steve Bug's „That's What I Like" have been sitting on high club chart positions in many territories for months, other productions like Jeff Samuel's „Get It" or Detroit Grand Pubahs „The Clapper" are just about to explore their full potential after beeing released on this compilation.

Highlights of the exclusive tracks and mixes are a fantastic Phonique remix of Detroit Grand Pubah's „The Clapper", that time's brandnew Martini Bros. song „Mattel Baby" and of course no less than two exclusive tracks by John Tejada.