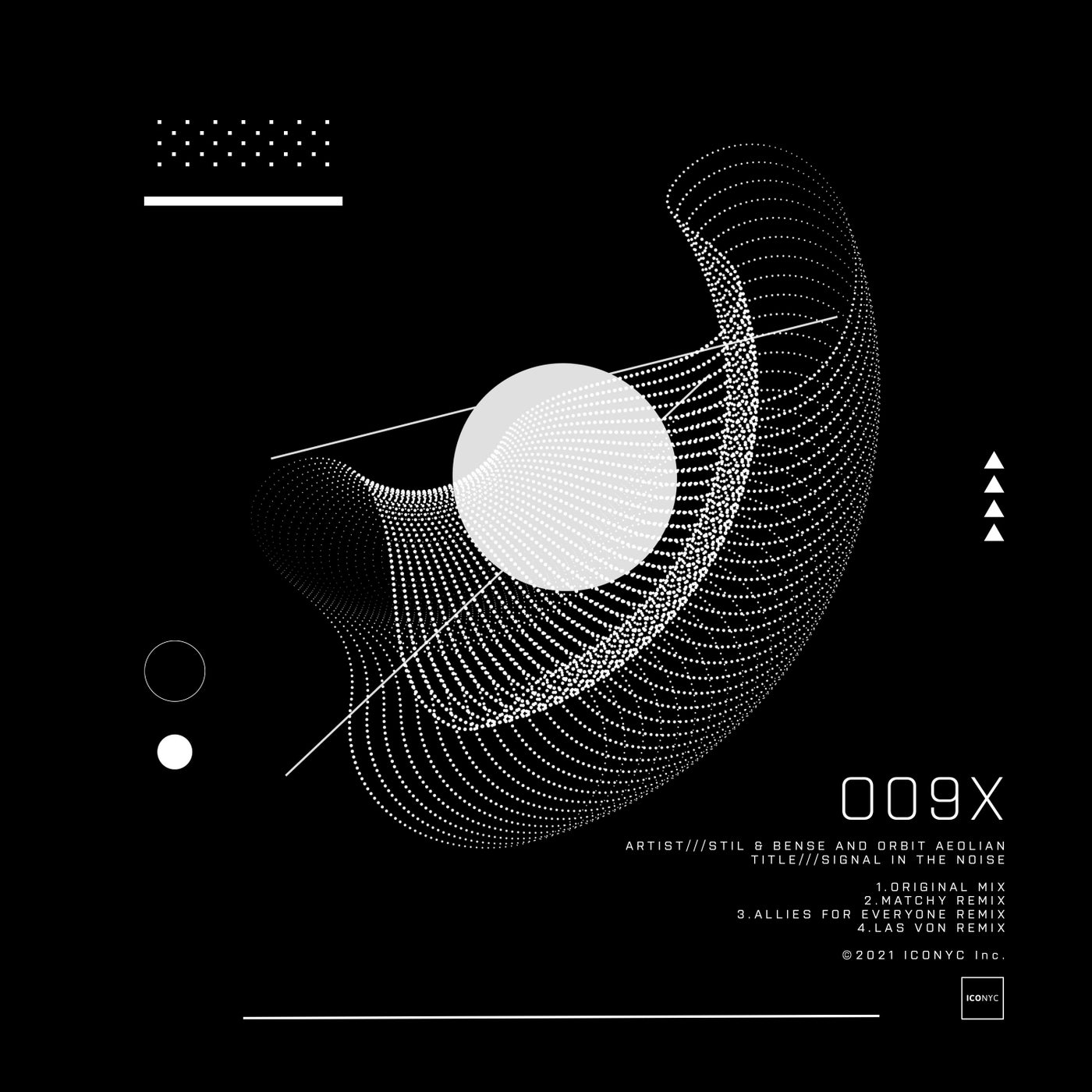 Stil & Bense feat. Orbit Aeolian return to the label for their 4th release. Their last outing back in February 2020 was received to high acclaim - with huge support from the big boy brigade at the time. With their long-awaited return to ICONYC, the duo delivers a slice of early spring vibes titled 'Signal in the Noise' featuring the wonderful vocals of Orbit Aeolian. The original track kicks things off nicely with its melancholic moodiness shining through as 80's inspired beats and harmonies are in full swing. The track twists effortlessly throughout, while Orbit's sultry vocals sit wonderfully on top adding an extra layer of depth. Another classy homecoming from Stil & Bense.

Matchy, who needs no introduction created a rework full of tension from the word go, as the 80's stimulated vibe keeps you moving with warm tinkling sounds, a smooth edge and some nicely effected sounding pieces. We basically have the formula for a bit of a monumental outing. The sparseness is the key here, as this restrained gem works its magic while it plays away, creating a warm glow, creating an air of sophistication. "Essential stuff!"

Next up is Allies for Everyone, the native New Yorker known for his polished sound, keeps the ethereal theme of the original alive, as the pulsating bass powers along, before its drum fills and general warmth all combine to do the talking. Like something from yesteryear, yet sounding fresh - This mystical touch up takes the energy levels up a notch, but increases the melancholy with stripped back and lucid elements at the same time, before the luscious pads grace the rework changing the vibe and creating a blanket of warmth that wraps around the effected groove.

Last but not least we have a remix courtesy of our favorite Canadian, Las Von who delivers a trademark electronica-soaked rework with infectious chords, laidback drums and smooth breakdown. It's all about the groove, cool downtempo vibes and the suave beats that are working their magic around Las Von's wonderfully arranged keys that create an irresistible vibe while taking the mind on a trip.

With 'Signal in the Noise' Stil & Bense feat. Orbit Aeolian really show that there're no boundaries, as this beautiful 80's inspired gem guides you to a full-on melodic hug of a release that will cause many smile induced moments! 'Signal in the Noise' sees a worldwide release on March 29th, 2021 via every well-known digital content provider. Not to be missed.

Signal in the Noise