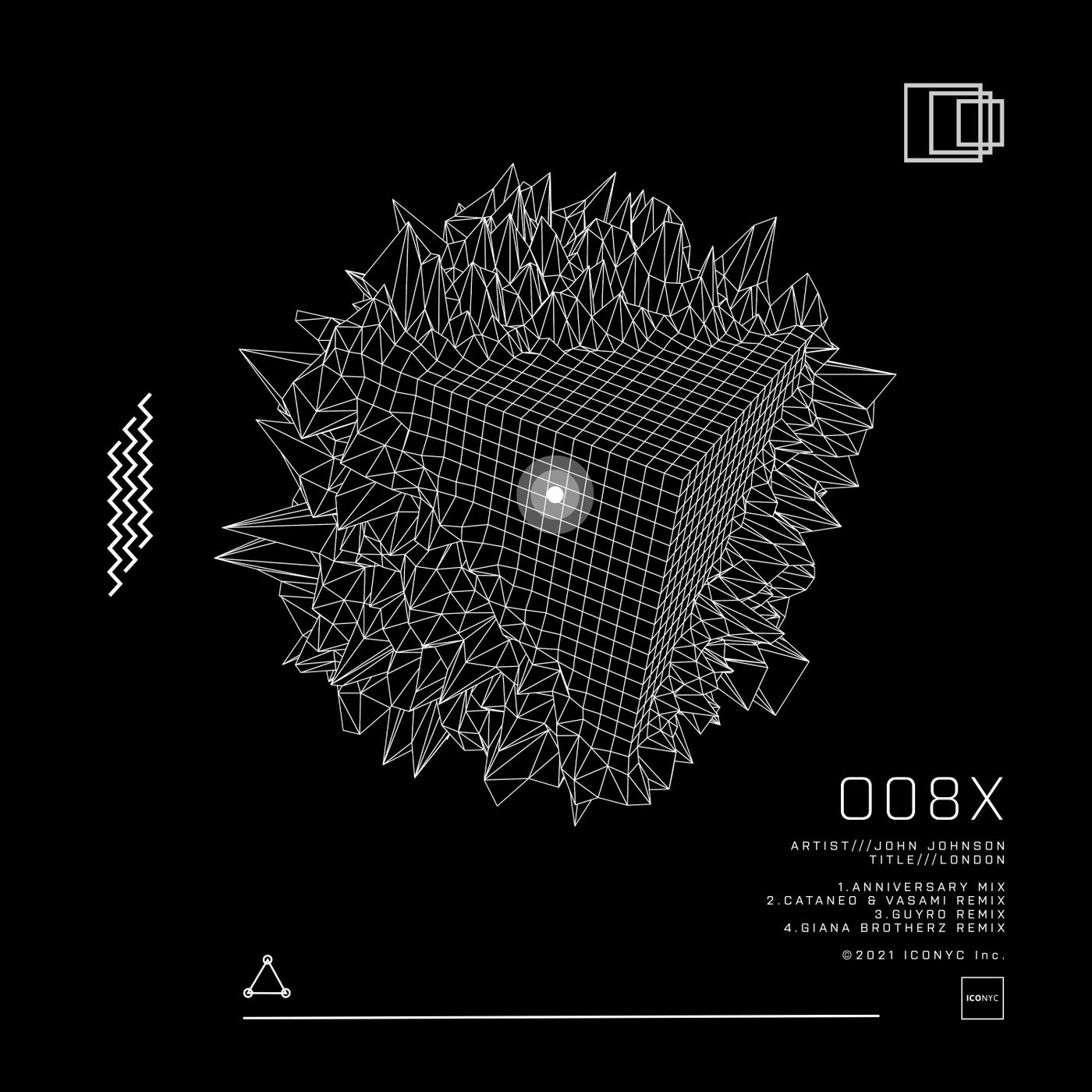 ICONYC bring us the 20-year anniversary reissue of 'London' from label boss John Johnson. The seminal track was released in 2001 on the famed English Ministry of Sound imprint 'IDJ 'and gained huge popularity after receiving heavy play from both Sasha and John Digweed. It continued the wave of success for the New York based producer and remains a standout piece on his meticulous discography. Regarded as one of the defining tracks in the progressive house golden era it's irresistible hooks have stood the test of time remarkably well. For the first remix edition and to celebrate 20 years since its original release, ICONYC have called upon Hernan Cattaneo & Marcelo Vasami, GuyRo and Giana Brotherz to update the track.

The first interpretation of 'London' is provided by Hernan Cattaneo & Marcelo Vasami who are both making his first appearance on ICONYC. The Argentinean born producers really do not need any introduction. Hernan who has been the benchmark and stand out reference for the progressive genre for many a year. For the rework of London, Hernan teamed up with fellow Argentinean Marcelo Vasami who himself can look back on a significant discography. The duo delivers a compelling interpretation of 'London'. Low slung bass stabs, vibrant percussion and spacey electronics, all wrapped together with the distinctive rhythms from the original make for a deep and engaging first act. Suave synths and distinct drum fills further the tracks sonic scope before it begins to strip down into the main break. The suspense filled interlude is fueled with those unmistakable rhythms before a series of beats lets the synth loose once more for the ultimate finale. A lovely interpretation from Hernan & Marcelo.

The second interpretation of 'London' is provided by GuyRo. The Spanish based Irish producer has achieved an amazing level of critical and commercial success in recent times. As one of his country's most talented music producers he has proven his skill in professional sound design and contemporary electronic music. His unique fusion of techno beats and progressive minded sensibilities continues to be one of the underground's freshest sounds. Beginning with a fluid yet bouncy revamp of the groove the Irish producers' distinctive sonic hallmarks begin to work their way into the mix. Momentous rhythms along with complementary tones and a beautiful guitar lifts the vibe higher as the track reaches the main break. The interlude showcases a storyboard of rising modulation and atmospheric pressures which build to a tasteful apex before the unmistakable groove returns for a great moment. A classy remix from GuyRo which will stand the test of time.


Berlin based DnB sensation Giana Brotherz closes out the release in style with his outstanding rendition on 'London'. In recent years Giana Brotherz has been famed for his revisions and he's worked that magic once again for a compelling interpretation of 'London'. On a foundation of freeform bass swells comes arpeggiated clusters and processed string assembles. Warm and rushy at points yet delicate and impassioned at others, the first act proves to be the prefect prelude to a dramatic break. The wonk factor on the low end is quite high and monumentally groovy as well, nicely playing off the rolling rhythmic qualities as dulcet hooks and gentle harmonics drift in and out of the framework. As the liquid beats decay a striking tonal theme rises, peaking with a wave of noise and tepid rush of beats and swollen bass. A striking creation from Giana Brotherz, who delivers a cutting-edge interpretation to round out part 1 of the London remixes on a strong note. Don't miss them!