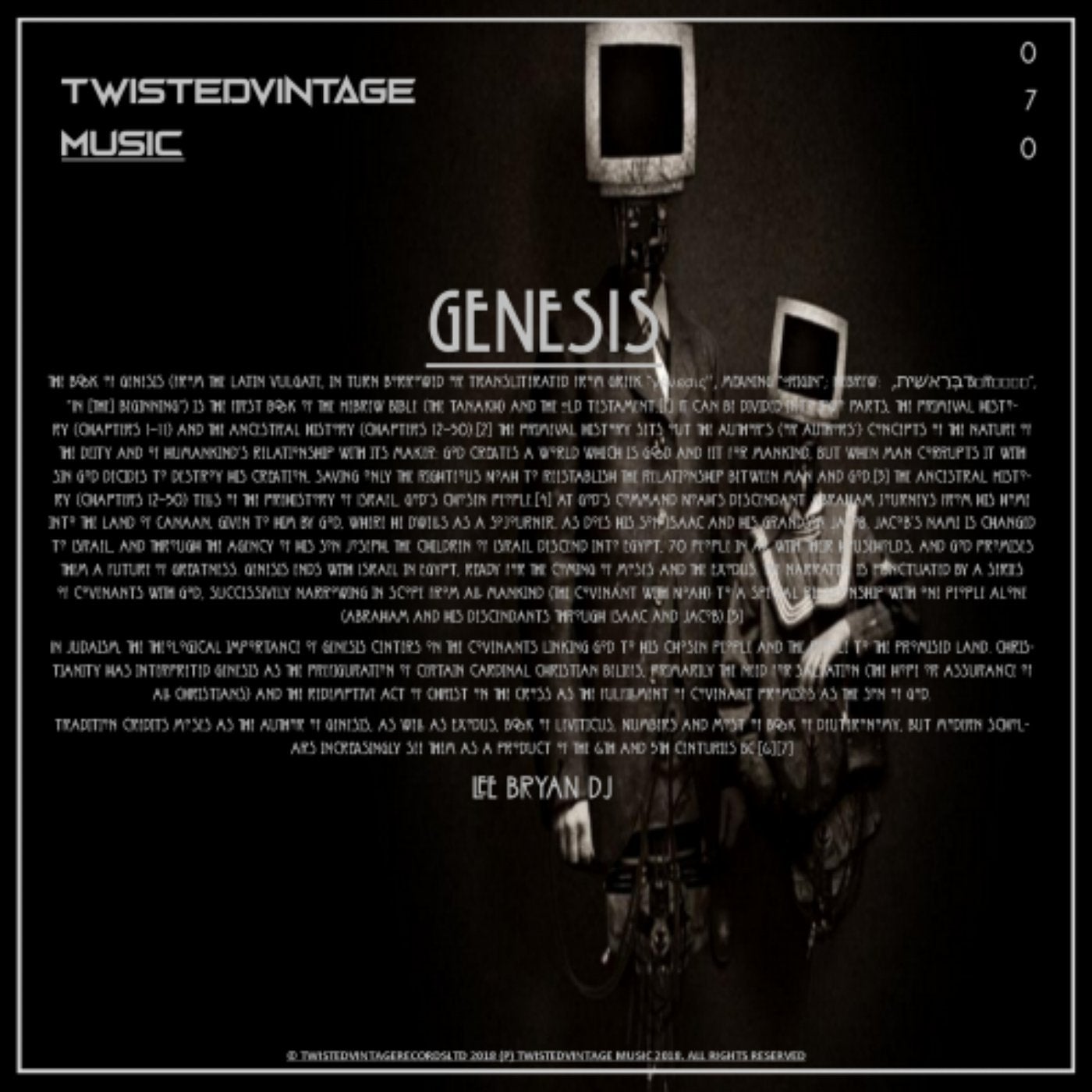 The Book of Genesis (from the Latin Vulgate, in turn borrowed or transliterated from Greek "γένεσις", meaning "Origin"; Hebrew: בְּרֵאשִׁית‬, "Bərēšīṯ", "In [the] beginning") is the first book of the Hebrew Bible (the Tanakh) and the Old Testament.[1] It can be divided into two parts, the Primeval history (chapters 1–11) and the Ancestral history (chapters 12–50).[2] The primeval history sets out the author's (or authors') concepts of the nature of the deity and of humankind's relationship with its maker: God creates a world which is good and fit for mankind, but when man corrupts it with sin God decides to destroy his creation, saving only the righteous Noah to reestablish the relationship between man and God.[3] The Ancestral History (chapters 12–50) tells of the prehistory of Israel, God's chosen people.[4] At God's command Noah's descendant Abraham journeys from his home into the land of Canaan, given to him by God, where he dwells as a sojourner, as does his son Isaac and his grandson Jacob. Jacob's name is changed to Israel, and through the agency of his son Joseph, the children of Israel descend into Egypt, 70 people in all with their households, and God promises them a future of greatness. Genesis ends with Israel in Egypt, ready for the coming of Moses and the Exodus. The narrative is punctuated by a series of covenants with God, successively narrowing in scope from all mankind (the covenant with Noah) to a special relationship with one people alone (Abraham and his descendants through Isaac and Jacob).[5]

In Judaism, the theological importance of Genesis centers on the covenants linking God to his chosen people and the people to the Promised Land. Christianity has interpreted Genesis as the prefiguration of certain cardinal Christian beliefs, primarily the need for salvation (the hope or assurance of all Christians) and the redemptive act of Christ on the Cross as the fulfillment of covenant promises as the Son of God.

Tradition credits Moses as the author of Genesis, as well as Exodus, Book of Leviticus, Numbers and most of Book of Deuteronomy, but modern scholars increasingly see them as a product of the 6th and 5th centuries BC.[6][7]