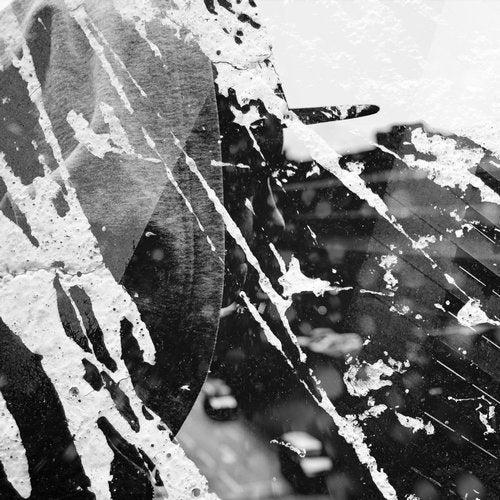 Matt Neal aka Nuvaman comes through hard for Prjkts dishing out "16 Shot", which sees him team up with the legendary Killa P. For dessert, two B-sides sustaining the theme of collaborative efforts with Cabasa and finally Sha Sha Kimbo for the transatlantic connect. The release is hence a 3 headed beast, Nuvaman & company tread into dark, desolate territory with the 3 offerings, marrying Nuv's signature mid tempo breaks with cold, angular synth work. "16 shot" (feat Killa P) is a guaranteed club killer, make no mistake Killa's flow will leave a soundbwoy dead and buried/entombed under the sheer conviction of his delivery, especially on the second drop where the drums are stripped back and Nuvaman rolls back the clock towards Dubstep's heyday of vibe and basswieght. "Rolla" does exactly what it says on the label, weaving seamlessly through dystopian synths and sharp breaks whilst "Invictus" (feat Sha Sha Kimbo) leans into more label familiar percussive territory laden with bold orchestral timbres that by fair means, feels like a nod to east coast club music. With a host of remixes already flying about seemingly in the works, we might hope a second EP consisting of varied takes on the original will materialise in the near future. Maybe before the year is out.