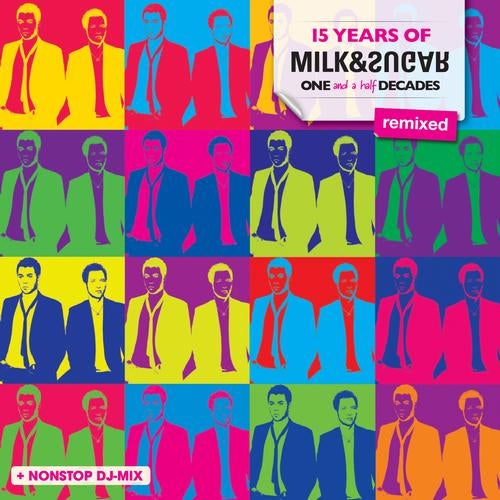 Never before were the DJ- Producer duo, MILK & SUGAR as successful as in the past year when they reached the top ten in ten countries with their single Hey (Nah Neh Nah). Their summer hit went gold in Germany, Austria, Switzerland as well as Israel - and was rightfully nominated as Best Party Track of the Year at the COMET Awards in 2011. Also their follow-up single went gold in Israel for selling more than 20 000 copies. This year, the successful duo from Munich celebrates its 15th anniversary with a best-of album and new remixes of their biggest hits. A three month tour starting in September as part of the anniversary celebrations will lead them to the best clubs around the globe. At present, MILK & SUGAR have just released the first track from their Album. Their new mix of Let The Sun Shine featuring Lizzy Pattinson - sister of Twilight-star Robert Pattinson - as singer can be already heard everywhere in the clubs. Now MILK&SUGAR kick off their huge international club tour, 15 Years of MILK & SUGAR - ONE and a half DECADES and launch their remix album. This album includes remixes of classics such as Let The Sun Shine, Higher & Higher, Stay Around and Love Is In The Air. Also the single VIA CON ME (It´s Wonderful) and some previously unpublished material will be featured. Some of the best re-mixers in the world such as Tocadisco, Muzzaik, Crazibiza, Alex Gaudino, Chris Lake, D.O.N.S & DBN, as well as Jamie Lewis or Lissat & Voltaxx have worked on this album. More stuff to check out: http://www.facebook.com/milksugar http://www.facebook.com/milksugarrecordings http://www.youtube.com/milksugarrecordings http://soundcloud.com/milkandsugarrecordings