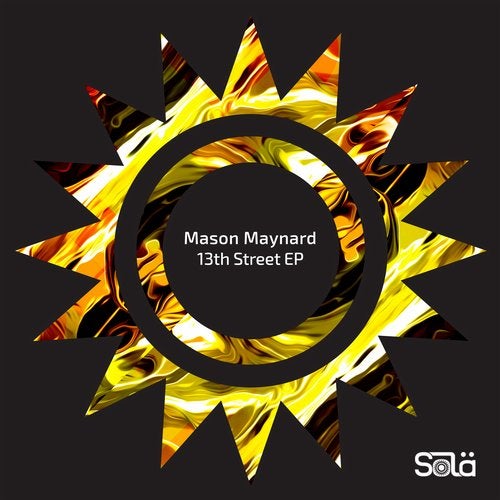 Fresh from his ?Parklife ?performance to an enthusiastic crowd of 15,000 in his native Manchester, ?Mason Maynard has dropped his dynamic new EP, a 2-track production on Solardo?'?s ever burgeoning ?'Sola'?? imprint. ?13th Street, New York City? takes a vocal from NYC producers ?Eddie Cumana & Stuart Bridges ?featuring ?Eva and reworks it into a tougher, slick production, yet still retains the old-school NYC feel and groove.

The second track, '?Rydim' possesses an outlandish synth line, pinned together with a huge recognisable ?Mason Maynard bassline. Already doing the damage in the clubs and popping up across social media, this track serves as an aural embodiment of ?Mason's ?talent; with the producer connecting with dance music's current key tastemakers.

Still only 21 years of age, ?Mason has built up a growing army of support since being named as the ?"One to Watch" by ?BBC Radio 1'?? s ?Monki?, ?with ?Danny Howard ?regularly spinning Mason??'s tracks on his Friday night show. The move led to Danny ?snapping up ?Mason??'s huge track 'Puffy' to his ?'Nothing Else Matters' label, with the track amassing over ?2 million streams ?so far.

Playing up and down the country as the resident for the recent ?'Solardo Sessions' ?tour, ?Mason gathered new fans from events at ?The Warehouse Project, ?Oval Space and ?Leeds Festival with his eclectic track selections outside of the Beatport Top 100.

Releasing the ?'13th Street' EP on ?Solardo??'s mighty 'Sola' ?label, the Mancunian influence on modern dance music continues to grow meteorically, with ?Mason? recognised for the extreme weight of his blistering productions at such a tender age.

With a busy summer ahead, ?Mason ?will take his groove-packed tones to Ibiza, ?with several dates at ?Eric Prydz?'?s residency at ?Hi Ibiza?, ?as well as a performance at ?ABODE??'s ?'Do Not Sleep' ??at Balearic super-club, ?Amnesia,? ?on? 30th August.