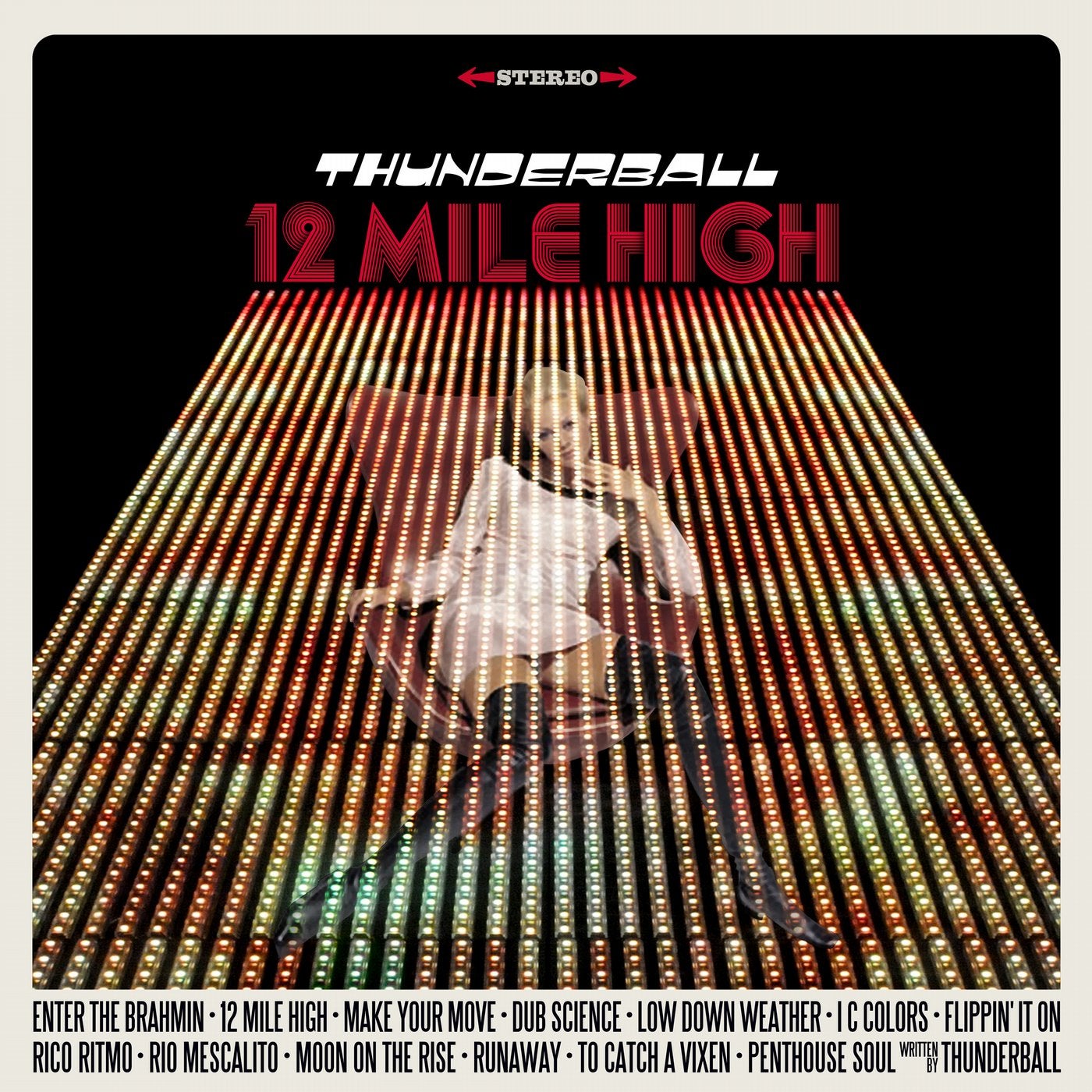 Thirteen tracks of outernational quality, cinematic in parts and a nufunk sound that most definitely transports you elsewhere Another stunning sonic exploration that's well worth taking up. - IDJ Magazine

The trio packed up their production tools, jumped in a time machine and hopped from decade to decade, visiting a variety of far-off places Thunderball intended to create cinematic music and they hit their mark dead on - The Untz

The first voice on the album is that of Mustafa Akbar, who reprises his role from the Heart of The Hustler, on Make Your Move, a retro-70s car chase thriller set to drum'n'bass beats with vocal stylings that evoke Curtis Mayfield. The party continues with Mustafa in the psychedelic-soul number I C Colors, which winds together wah-wahed guitars, arpeggiated synths and reverb-heavy horn stabs. Rootz and Zeebo of See-I and the Thievery Corporation live band each get a showcase on two different reggae-flavored tracks. Zeebo takes to the control tower on the the dubbed-out, tabla head-nodder Dub Science and Rootz leads the charge over the inspirational breakbeats of Moon On The Rise. Thunderball's main chantuese, Miss Johnna M, returns to familiar Brazilian territory on Rico Ritmo, bubbling her percussive, dreamy vocals on this drum'n'bass stepper and her beautiful, soft tones are featured on the Downtempo anthem Runaway.

While the vocal tracks are a highlight, its the instrumental tracks that quickly draw you in to the Thunderball universe. The adventure begins with the swirling Eastern drones of Enter The Brahmin, and quickly launches into orbit with the title track, 12 Mile High, a spaced-out, trip-hop sitar trek. Low Down Weather drops the listener into a Santana-inspired, jazzy, low-rider groove, and flutes and live sax are the driving forces behind Flippin' It On, a downtempo, swinger propelled by funky drum breaks. Thunderball take a detour thru the wild West with Rio Mescalito, which features acoustic, finger-picked guitars driving the wagons south of the border with latin percussion riding shotgun. And To Catch A Vixen is a romantic trip-hop romp that swims through lush strings and airy guitars, ultimately cascading into the epic, final track Penthouse Soul, a downtempo, orchestral drum'n'bass classic.

In 2003 Thunderball spawned the Fort Knox Five. Now all these years later Fort Knox Recordings is proud to welcome Thunderball home by reissuing their fourth studio album, an album that shifts effortlessly between the worlds of drum n bass, dub and downtempo. 12 Mile High delivers 13 tracks of globe-spanning, mind-altering, cinematic music designed to bring you straight to the edge of the stratosphere.