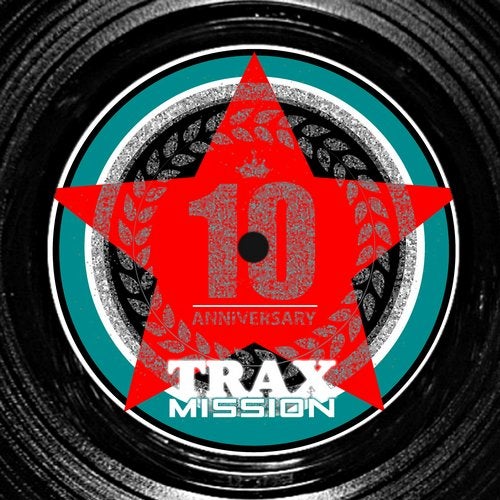 10 years have passed full of emotions, successes and enthusiasm since the birth of TRAX Mission, the Carmelo Carone label, since Carmelo took the decision to transmit all his experience gained over many years in the world of music, as a DJ, producer and lover especially of the Jackin Dub genre, then the House Music in itself with all its genres, so Carmelo decides to embark on this formidable adventure, first with his own productions, undertaking so his own way of expression without constraints, from the formidable album Little Tunnels and there a little things go on alone in the best way! collaborations also with many legendary and world-renowned artists, projects and management with the most prestigious distributions by Deeep / Believe Digital, Kontor Media, Daredo Digedo, LabelWorx, Beatport Baseware to end with the current and prestigious MN2S! then also many supports come from the most important music stores such as Beatport in the charts and promo features, in international radios that are the reference of world electronic music such as Ibiza Global Radio, Proton Radio, Samurai FM and many others So here this formidable Various Artists and collection that contains 20 of the most precious pearls collected in these years, remastered with a high quality sound and level, even if it was very difficult to choose the best tracks among over 300 releases and over 1300 tracks distributed all over the world! however, here below we continue with the full official bio full of every detail In the last 40 years, he has contaminated the electronic music scene of all kinds through modules. Some see it as a rebellion; we see it as a Revolution ... because today's art in music and its expressions and genres no longer has a city or nation of origin and a physical identity, it is simply in the air, always! TRAX Mission was born by his founder, the international Housemaster Carmelo Carone. Carmelo also had experiences as a label manager for FOEM music communication, one of the major Musical Communications Agencies in electronic music and where he worked closely with developing world-leading EDM staff, Carl Cox's Intec Digital, Bonzai, Space ibiza, Ultra Records and Ultra Music Festival, David Guetta, Martin Solveig, Vitalic, Guy J, Robert Babicz, Kevin Saunderson, Soma Records, Deadmau5, Kompakt, Motor Music, Safehouse Management, etc and nextly as the A & R label manager of legendary TRAX Records Chicago, bringing it back to light! The Label was started by the end of 2007, although the first release on Beatport will be released in mid-2008, actually with 300 online releases of Deep House, Clubbing, Urban, Acid, House, Jackin Dub, Techno, Tech House, Breaks , Progressive House and mainly of Underground music which includes many tastemakers on the world such as Banco De Gaia, Orlando Voorn, Oliver Lieb, Dr.Motte, Killer Faber, Stephen Barnem, Alex Gori, Alex Sforzina, Reza Golroo, Ziggy, Diamandy , Jerzz, Loquai, Robert Babicz, Francesco Farfa, Roberto Carbonero, Mike Gibbs, Riviera, Locwax, Jose Maria Ramon, Kenneth Thomas, Mark Moore, Acid Kit, Dave Rosen, Cristian Paduraru, Sam Scheme, Napalm, d-phrag, Infaam Konijn, MAW, Tom Wax, Hologram Hookers, Mykel Waters, Florian Gasperini, Jynx, Sa