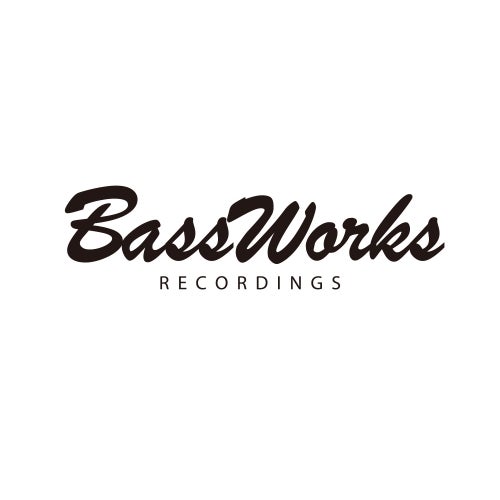 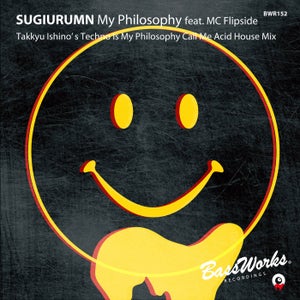 We Proudly Welcomed a Japanese Super Techno Meister, Takkyu Ishino as a Remixer for One of the SUGIURUMNs Finest Tracks, " My Philosophy feat. MC Flipside From His Latest Album, AI am a boy.!!Being Named as " Takkyu Ishinos Techno Is My Philosophy Call Me Acid House Mix ", The Cool Minimal Track Has Been Shaped Into 100%% Juicy Acid Killer Tune!We, BASS WORKS RECORDINGS, will never let you down!

TakkyuIshino (http://www.takkyuishino.com)He formed DENKI GROOVE with Pierre Taki and others in 1989. The first solo album "DOVE LOVES DUB" was released in 1995. It was during this time that he seriously started his career as a DJ. In 1997, with the main focus in Europe, he also began his career abroad. In 1998, he performed in front of 1.5 million people at the Final Gathering at the world's biggest techno music festival, "Love Parade", in Berlin. From 1999 to 2013, He headed an event called "WIRE", Japan's largest indoor rave with over 10,000 audiences, and he vigorously introduced foreign DJs and artists to Japan. In July 2012, the songs played during the WIRE COMPILATION during 1999 to 2011 were complied into Disc1, and the unheard original demos were complied into Disc2. The 2-disc set called "WIRE TRAX 1999-2012" was released. In December 2015, he was the only Japanese person to be solely in charge of the single cut "Tuitti Fruitti" remix for the new album of New Order, "Music Complete". Later in August 2016, the first original solo album in six years, "LUNATIQUE" was released. Right now, he is actively working as a DJ, producer and remixer.SUGIURUMN (BASSWORKSRECORDINGS, http://sugiurumn.com https://www.facebook.com/djsugiurumn )SUGIURUMN Has Released 7 Albums As Well As A Lot Of Singles And Remixes As A Producer So Far. He Welcomed Well-Known Singers In His Album Including Aran McGee(Creation Records), Mark Gardener (Ride), Bez(Happy Mondays), Rowetta(Happy Mondays), Tim Burgess(The Charlatans), Kram (Spiderbait), and Sideshow Bob(Galliano). Also His Tracks Are Remixed By World Top DJs / Producers Including D-nox and Beckers, Axwell, Steve Angello, Santos, Kaskade, Infusion, Richard Gray, Plastik Funk, Terry Farley, Peace Division, and Ken Ishii. He Won Attention As A Producer In Europe And Which Made Him To Expand His Playground Worldwide. As A DJ, Having Played At European Top Venues Including Pacha(Ibiza) And Sankeys (Manchester) , Regular Gigs At Asylum Afterhours(Honolulu) And in Asian Countries, He Shared A Lot Of Time With A Number Of Real Party People Around The World.It Was in 2013 That He Launched His Own Label, BASS WORKS RECORDINGS, Where He Sends Out Serious And Real Dance Music To Underground Party Freaks, Crossing Over Music Categories From Techno Thorough House. The Label Has Released Over 100 Tracks, Involving Most Of Japanese producers.The Latest Album, 20xx(2014) Consists Of Genre-Straddling Deep Floor-Oriented Tracks,Which Is Gradually Nipping At Party Peoples Heels.All The Experiences He Had Including Sharing Floors With Originators Or Even Past DJ Experiences Itself Lead Him To Climb Next Step And Make People Go Crazy On The Floor As An Innovator.