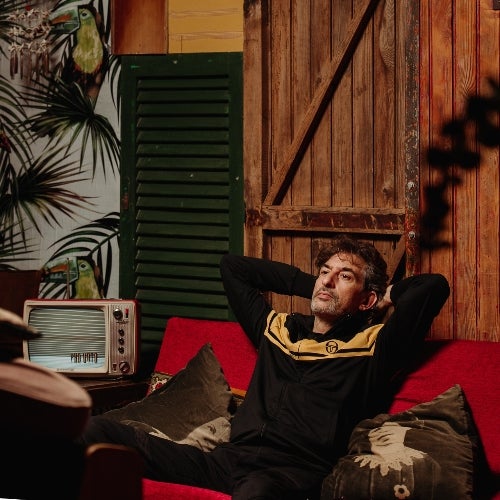 Italian producer Dino Lenny is the Fine Human Records label head who has been making music since the 90s. With almost 30 years of releasing records under his belt, Dino Lenny has naturally built an incredible back catalogue of remixes and collaborations. He’s worked with some of the biggest names in the business, yet his own productions retain a distinct, personal style that is all his own. Has remixed huge names like Missy Elliott and Timbaland and has been collaborating with everyone from Madonna to Wu Tang Clan to Seth Troxler & Dixon. He has been named as “A wizard of electronic music” by the Chemical Brothers, played live with Underworld, released music on the likes of Innervisions, Diynamic, Cocoon & Crosstown Rebels and is currently signed to Ellum. Constantly evolving his sound Dino is unpredictable & eclectic. Dino is a true lover of the 80s and when he needs the extra touch he doesn't mind singing on some of his tracks. Always trying to deliver something original the only question he asks himself before releasing music is 'How is this record going to sound in 20 years time?’ He would rather have a imperfect unique experience instead of a precise emotionless never-ending loop.

Let Me Hear Ur sIck