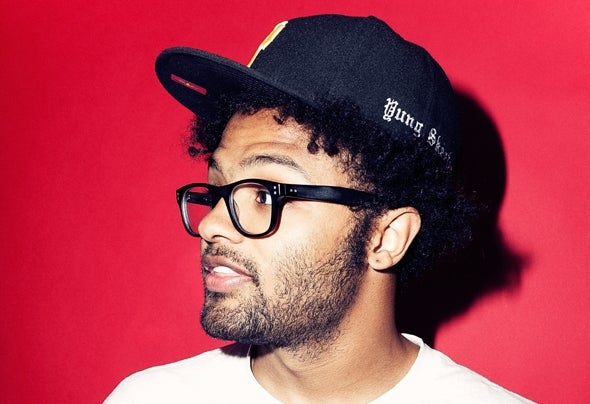 When Trevor McFedries, a country kid from Iowa, realized the college he received a football scholarship to was not helping him achieve his goals, he decided to pack his bags and head to LA. A few too many nights out on the town coupled with an affinity for Lil Jon resulted in the birth of DJ SKEET SKEET and before he knew it, he was spinning all over the place from celebrity hot spots like Hyde Lounge in Hollywood and hipster hangouts like NYC's Studio B to casino mega clubs like Rain and Surrender.In 2007, SKEET teamed up with LA natives and longtime friends Shwayze and Cisco Adler to complete the "Shwayze" outfit and were quickly signed to Geffen Records. During his time with Shwayze, he became the first DJ to play the entire Vans Warped Tour. Along with his stellar live DJ sets, SKEET SKEET stays at the forefront with remixes for acts like Katy Perry, Fergie, Broken Social Scene, John Legend, The Ting Tings, Mike Posner, Jessie & The Toy Boys, Boys Like Girls, Shop Boyz and Shwayze, plus the free mix tapes he offers through his Facebook.Most recently, SKEET's remix of Ke$sha's "Blah Blah Blah" was featured on her I Am The Dance Commander + I Command You To Dance: The Remix Album and was the music director for her live performances. Additional highlights include a guest appearance as a contestant with longtime buddies 3Oh!3 on MTV's “Silent Library,” two nominations for Paper magazine for DJ of the Year (winner in 2008), a feature in Katy Perry's documentary on E! and was touted "LA's Best DJ" by BlackBook. Commented Charlie Amter of BlackBookmag.com (12/9/10), “... Skeet Skeet doesn’t follow trends, he sets them.” Check out the full BlackBook.com story here.Meanwhile, fans can keep up with SKEET’s favorite dumb jokes, social commentary, videos and other posts of interest on his blog www.eatskeet.com. “I basically post things I find interesting or funny on the internet. Feel free to link here and if you do so, let me know so I can return the favor,” he adds.