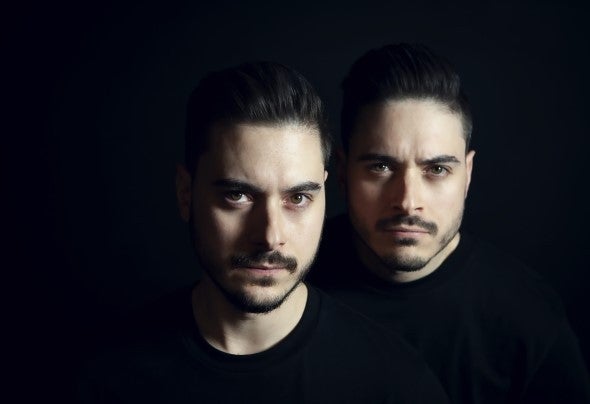 Yoshi and Razner are twins. Spanish DJs and trance producers, born in Madrid in March 1986. His production style is uplifting, with a tendency to tech trance and psy notes, with perforating leads, powerful kicks and aggressive environments. Sounds of those who hit and melodies that fill the soul! DJs and producers as Sean Tyas, Ucast, Metta & Glyde or Darren Porter, influence his style until today. From such melodic references and infinite atmospheres result explosive combinations. Taking only a year producing in front of the monitors, in 2018, they launch their first track through Tangled Audio, Light in the Darkness, with which they surprised us all reaching #81 in the Top 100 Trance Tracks of Beatport and #13 in the Hype list. They are always grateful for the support of the national trance scene, which has been amazing, leading them to appear in the prestigious DJ Mag magazine or EDM Red. Arrived the year 2019 they close their first gigs with Time 2 Trance as headliners, Syn3rgy and with Trance Air 02 and Trance on air 03 sharing line up with international references like Steve Allen. At the final of 2019, Elixir Experience contract them like resident Djs of the event. Their tracks released since November 2019 to January 2020 reached to #3 and #56 of the Top100 Trance in Beatport ( “Revolution” – Trancegression Recordings and “Revival” – Regenerate Records ) while “El Mar” reached to #1 of the label ( Natas Records ) and “Fireborn” the #14 in the Top100 Hype Trance list. Due to this amazing evolution of their music, some Djs like Sean Tyas, Alex Di Stefano, Manuel Le Saux, Steve Allen, John Askew and many others had been supporting their music. This difficult year will be for sure an awesome year for them, because they are going to release tracks in some of the most important labels of the uplifting trance ( In addition to which they have signed their first contracts to performance in other countries such United Kingdom