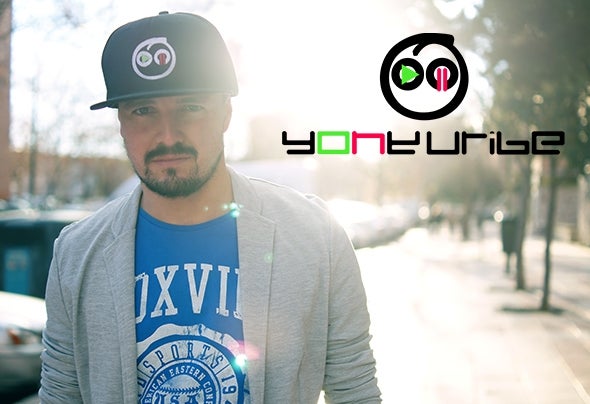 DJ "Cafetero", Yony Fabian Uribe Zuluaga born in Armenia, Quindio, Colombia. Starts his adventure at the age of 13 years old, with his own Discomóvil (travelling disco musician), brightening events of all kinds; at the school radiostation he had a mixed RadioShow where various musical genres were mixed; he also recorded mixes for "Dancing Girls", who participated annually in the Pompon de Oro, competition in which a year later he would named the best DJ in the contest.Yony Uribe has been influenced by Latin music and dance music in general, passing through the various clubs and events in which he participated, he had become known for the variety and joy of his mixtures, without staying in a single genre.Once in Spain, he extends his career playing in different clubs, radio stations and large events, sharing the stage with national and international DJ's. He becomes the official DJ for signature clothing for which he record sets and plays live in their own shops and new openings.In 2009 Yony Uribe started composing and producing his own songs, and was able to publish his first single "This Is The World" for the label of the Colombian DJ Wady (Bedroom Muzik), in the years following he continues composing and producing, publishing in different labels such as Circuit, VectoRecords, White Island, Playdagroove, Krystal Night Underground, Tocame!, Deejay Tracks, among others and remixing tracks for artists like Alex Sosa, Harvey Cubillos, Carlos Clara, Jason Rivas, Matt Sanchez, Christian Scott, David Walker, Melonie Daniels, Adoo & Welldone, Steve Haines, Marcus Pearson, among others.