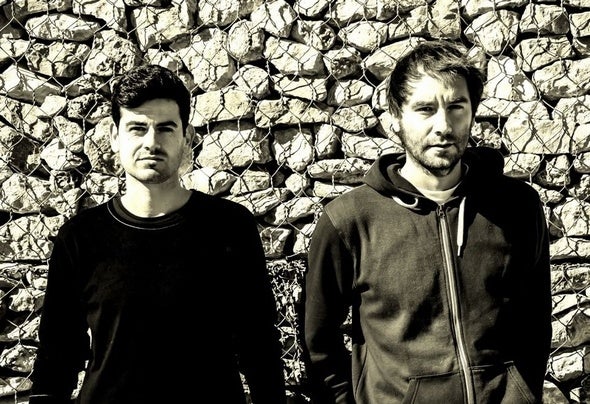 Wow & Flute is a union between two sound engineers, Riki Ustrell and Joan Alemany. Both met studying at the same university. That is where they decided to work together.At the beginning of their formation they created their first remix for the french electro-pop group "SHED". This fascinated them and their work was chosen amongst many other remixes.Afterwards it was released in their album "Shed and Friends".In 2009 Wow & Flute released their first single. The first person to take notice of them was none other than world famous DJ and producer David Tort. He released, through his own label "The Mansion Recordings", the duo's first four pieces of work: La Reina de la Noche, Cosmic Beans (Wow & Flute Remix), Sedna and Ambo. T he latter was included in "The Best of Miami Conference 2009" compilation (Vendetta Records).From then on Wow & Flute haven't stopped growing and reaching numerous goals. Proof of this is a total of 24 productions realeased during two years (2010 -2011) for many different labels such as Spinnin, Stereo, Sutil, The Mansion, Neurotraxx Deluxe, 4Kenzo, Musak and Avenue. Of all these pieces of work we particularly emphasize remixes done for important people like DJ Chus, or the great Danny Tennaglia, a living legend in electronic music, as well as their single Roxanne that has been extremely successful on a worldwide scale and is part of 4 different compilations released by Spinnin Records: Miami House Vol.2, Ibiza House Vol.4, Weekend Wonders Vol.2 and Amsterdam Dance Event Mainstage Anthems 2010. The official videoclip has over 60,000 views on Youtube.Their work has had as much public success as it has had from critics. They won a Deejaymag award for the best remix of DJ Chus pres. The Groove Foundation – That Feeling, their productions and sessions have been supported by Radio FG, Flaix FM, Loca FM, Maxima FM, 105 in da Klubb, etc. And reproduced on sets by top dj's such as David Tort, Antoine Clamaran, David Gausa, DJ Chus, Mastiksoul, Austin Leeds, Paco Maroto, etc.In 2012 after two years fully dedicated to musical production, people start knowing Wow and flute more and more, that makes them growing with live acts along the year. Wow & flute sessions are remembered wherever they go. They are characterised by great live improvisation and a different mix of styles. The pair opt for giving great importance to their productions with a higher quality of sound where worked harmonies can't be missed, potent vocals and good bases destined for the dance floor.