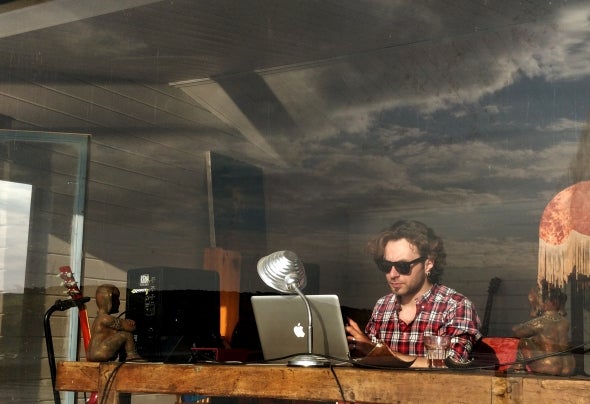 WOB! is a Serbian/Irish musician, electronic music producer and DJ. He plays drums, guitar, bass, keys and turntables. Currently on a mission to bring chill out vibes, feature local singers and showcase Ireland’s beautiful scenery, WOB! can be found behind the drums performing liquid drum and bass music with a 5pc band. With relaxing visuals filmed in the West of Ireland and the hot Mediterranean, WOB! delivers a summer vibes packed audio-visual combo that will place your mind in a chill out zone while your body goes wild. The Irish Times selected the music video for 2017 single ‘Higher’ as ‘Video of the Week’, the song was No 1. on Spin 103.8FM Irish Alternative’s top 3 chart for five weeks, and has been selected as the official Vantastival 2017 aftermovie soundtrack, powered by Volkswagen Ireland. WOB! closed 2017 with a special guest live set at the interactive show BYOBeat by Desperados/Heineken, and new material is set for release in late 2018.