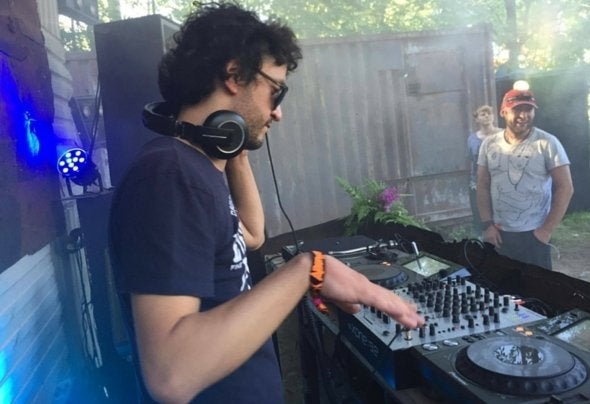 Petter Preston has been playing the guitar since he was 5 years old. His passion for music appeared so naturally and flashy, that he doesn't remember him not going music really. He's always been a musician and that is. He lived in England with his family and attended the musical college where he learnt to play the academic guitar and piano as a second instrument.Later, Petter started producing stuff using ReBirth, in 2006 he discovered Ableton Live 4. Then he lived in Israel where he met so many talented and highly TECH guys in terms of audio engineering, he went all digging into the sound, and became a real sound freak, he learnt mastering and mixing so deeply, that nobody nowadays would be against from calling Petter a real PRO when it comes to a sound matter. He's a big name in the matter of right sound and mastering experience. That has been achieved for learning 24/7 the audio physics for so many years. He could wake up at night dreaming about some techniques and immediately start playing around the idea he just dreamt. That represents him a real fan of what he's doing.He started his new label Complatt that release digital and vinyl only releases, and he named his new project "Weltschmerz" that has exactly that German speaking meaning. Most probably, Petter has got this big disappointment and sentimental melancholy about things in the world that occasionally stopped making him happy any more longer. He just realised that "music is the only thing that matters" and now this saying is his scenario in life. This is the only thing he seriously takes nowadays. Music is all he does, and that's all he really wants to do. - says Petter.