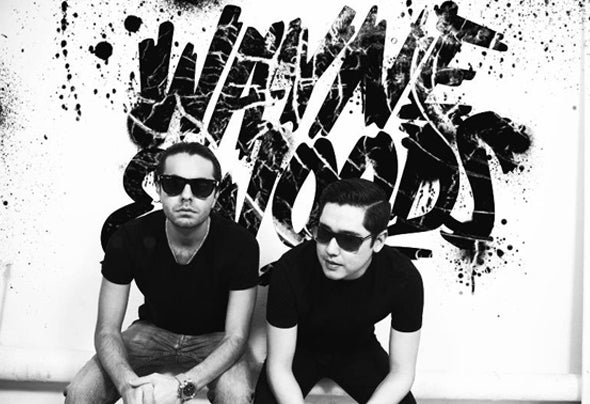 Wayne & Woods (aka Iman Gilani and Simon Widman) met at school in Solna just outside Stockholm, Sweden, where they now both live and spend most of their time making music. The two young producers was signed by the Swedish House Mafia titan Steve Angello to his Size Records 2011. Hailing from Solna, the very Stockholm suburb that produced Angello, Ingrosso and AN21, Swedish duo Wayne & Woods are patiently paving their road to progressive house stardom with countless hours of studio work. Their ebullient and dedicated musicians whose production finesse and flair for live performance belie their years. Wayne & Woods met when they were just six years old and began collaborating as teens after reconnecting in Solna’s intimate production scene. The pastime quickly became a passion, as the group turned heads with a prolific progression of releases until Size took notice, culminating in their November 2011 signing. While the meteoric rise to the ranks of their dream label has been exhilarating, Wayne & Woods remain as humble as they are hungry, eschewing the complacency common to their generation for a discipline of unflagging effort. T hey have fixed their focus on their bedroom studio and incubating their talents therein. Fresh off their 1 month long “Jumangee” North America Tour 2013, Wayne & Woods have returned to the lab with superlative momentum amid transnational buzz. With tracks already enjoying full support from big DJ names alongside an arsenal of productions in the pipeline, Wayne & Woods are poised to unleash their sound on an unsuspecting world.