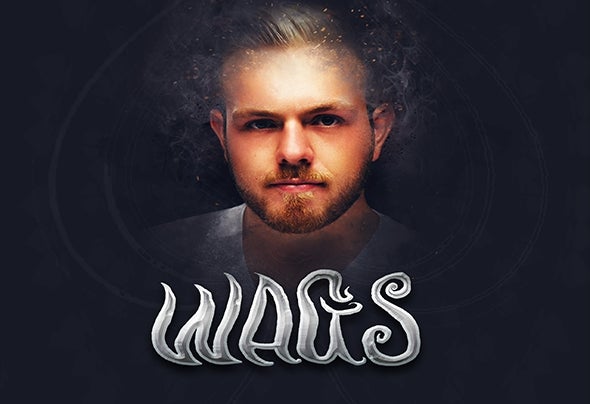 WAGS the Raccoon is a DJ and Producer from the home of house music, Chicago. He plays his records like a hand of cards, creating in a world that aligns magic and music. At 17 Years old, WAGS played his first festival performance at Ultra Music Festival in Miami in 2012, since he has played his cards all over the world including 11 Ultra Music Festivals between Miami, Korea and Croatia. WAGS has also brought his sounds to the beaches of Ibiza, and is now a Miami Beach local. His last show was closing out the Mainstage of Exit's Sea Dance Festival in Montenegro after David Guetta. Amidst a heavy world tour, there have not been many of his cards released, "The Way You Groove," WAGS debut record on Build It Records was released in 2015, and on October 16th this year, WAGS released 'Vaults' with Peak Hour Records on their ADE Compilation. 'Vaults' alludes to the fact that all of this magical raccoon's cards have been hidden in his Vault of records. Expect some magic moving forward from WAGS in 2020.