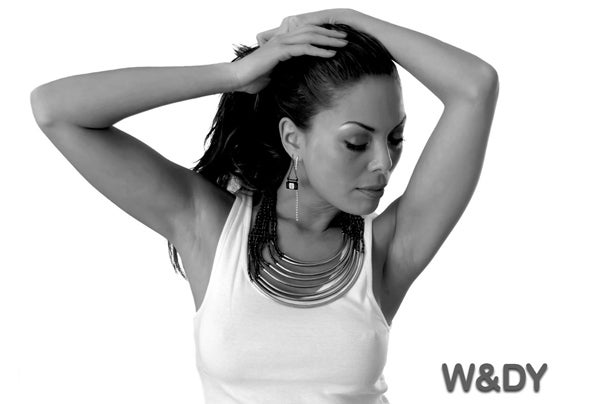 W&DY is signed to a progressive label "Movement Recordings". Together with label owners Stage van H & Tash she produced some hits: Voices of Patlon (nr. 18 @ Hernan Cattaneo's top 40), Sunrise (remix of Enormous Dee), She rides, CRAVE, Cravecatcher. Her latest project, STRIPE TWO is a DJ team with internationally known Oz Romita. Stripe Two sets are played on Ibiza Global Radio (ES), Ramp Radio (UK), 365Live Radio (International) & Fette Sjit @ Radio Decibel (NL). W&DY started her showbiz career at a young age. Her family and she formed the Hawaiian & Tahitian dance group: "Sweet flowers of Paradise" and performed on many occasions. At the age of 12 she was a member of "Eastwood City Rockers"; a breakdance group. After 2 years she joined the hip hop band "XL posse" and was one of the female rappers. W&DY featured in several video clips & TV series. She's also been a part of several modeling gigs both & the catwalk (MvJ, Kim Siderius, Patricia Field) & advertisement (Van Gils, Gas Italy). W&DY was the other half of the pop group: "Centerfold" with Joyce Mercedes, they once performed in the AJAX Arena stadium before kick-off at an AJAX-PSV match. Since age 17 she's been an enthusiastic go-go dancer and was part of the well-known group: "Pantera" (Turn up the bass tour & Bitches on tour). Furthermore she was also a member of the fabulous dance group: "Axis bold as Love" t raveling around t he world wit h her fellow members. Her passion for MUSIC was boosted even more while dancing and performing. She's been collecting records since 1995. She was instantly addicted to the house scene and it has been an inspiration for her ever since. In W&DY is the resident DJ of the internationally known 'Chickz With Skillz' teaming up with best Dutch female DJ's and vocalists. Because of her dancing career, she feels and makes sure every record is Soulful & Sexy. Her tunes are happy, deep, energetic & you feel it in your heart, filled with great beats & vocals... you never get bored. Her versatile DJ STYLE includes house in many forms: Progressive, Club, Tech house, Minimal, Break beats & Latin beach; Lounge & Afterclub-minded. But W&DY also enjoys playing minimal lounge and can smoothly rock the house with those sexy W&DY- tunes. Locally she's well known for her great work in the gay and fashion scene at clubs and parties such as ARC, Ludwig II & Soho, her NYE performance at the Supper Club, but she's also crossed the border to treat parties around the globe to fill a night with hot and perfectly danceable tunes.