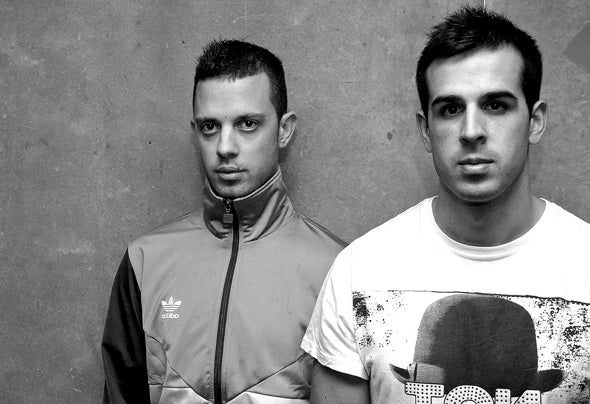 Villa Gombao Inc. (Alvaro Villa & Alex Gombao) are a spanish couple of upcoming dj’s and producers. In less than a year together in the studio, they have published their works in labels like Salted Music, directed by Miguel Migs, or Gruuv, directed by Audiojack. They´ve also worked for labels such as Seamless Records, Piston Recordings, Raisani, Music Adaptation or Espai Music. His tracks are supported and charted by artists like Danny Tenaglia, Joris Voorn, Karotte, Len Faki, Mendo, Riva Starr, Supernova, Mark Knight, Grant Nelson, Gramophonedzie amongst others. They have a special relationship with Ibiza, where they´ve gone through clubs such as Pacha and Space, and every week make a program at the prestigious Ibiza Global Radio broadcasting station. Outside Ibiza, they have visited various Spanish cities including Madrid, Valencia, Pamplona, Vitoria, Malaga, Alicante and Seville amongst others, and countries like Croatia, Canada and UK. In early 2011, they received two nominations in the Espiral Fm awards, in the categories of “Best Upcoming Dj”and best “Upcoming producer” for his work in 2010.