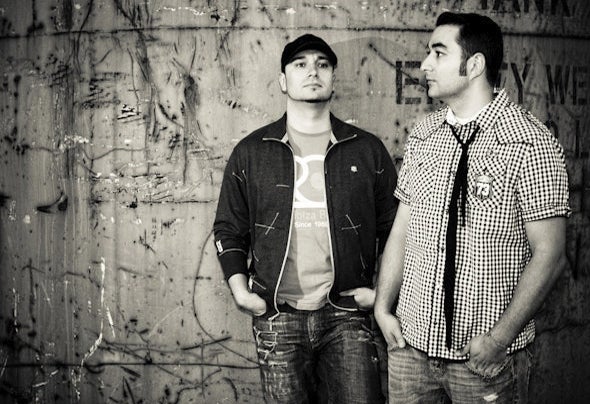 San Francisco natives Vahid & Parsa bring well over 15 years of experience to the house scene. Early in their career they became Bay-area dj staples at the hottest clubs including Ruby Skye, Slide, Vessel, Harlot, 1015 Folsom, Supperclub, and Aura. This success has catapulted them into award-winning dj status, notably: Best Dj, SF Weekly (2007); Best DJ, The Bay Guardian (2007); Top 5 DJs, 7x7 Magazine (2008). They have shared the stage with several of the top 20 dj’s in the world including Paul van Dyk, ATB, and Kaskade. Their success in spinning epic Funky, Groovy, Progressive, and Electro House led them to be highly requested in LA, Vegas, Miami, and internationally at the top clubs, festivals and parties.As producers, Vahid & Parsa have a lengthy discography with records on System Recordings, Pacha Records and Rapid Response. They are on the shortlist of official remixers for Pacha Records and are one of the 3 main producers on Pacha’s premier 2011 global release: “Pacha Global”. Their tracks are currently being played by the biggest DJs in the world including Tiesto, Paul Oakenfold, Paul Van Dyk and Roger Sanchez and producers like WhiteNoize are making banging remixes their originals.