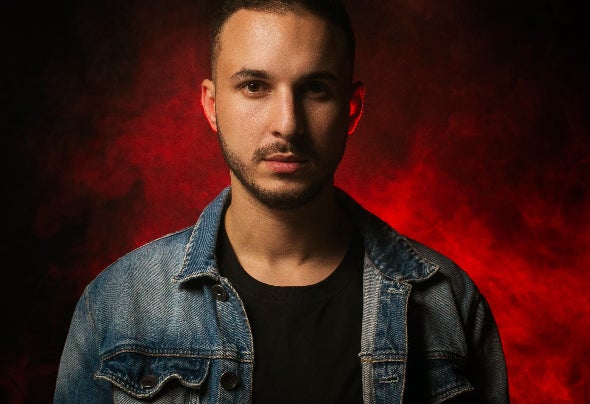 An idea, a thought, feelings, moods. Human beings, throughout their evolution and in constant relationship with their peers and the universe, search for infinite ways to transmit what is within them. Words, gestures, diverse expressions. But there are those who abound within it in such a way that they are simply unable to do it through the traditional way and then art and its infinite universe of possibilities are born. Art is the translation of the core of the creator. It can be confusing, obscure, reflective, happy, fun. And it is enough to know a little about Mateus Vinícius Souza to understand that in him there is plenty of enjoyment for life, for the celebration and passion for music. It was through it that he decided to share his feelings and from an early age, when he won his first musical instrument, in childhood. Time goes by, experiences arrive and the turning point came when he met with electronic music, the strength it carries and the culture that drives it. V. Souza is born, name that prints his project as a DJ and producer, that exactly translates the joy he has for life, the great energy he takes with him daily, the strong and unique personality, concern for culture and enthusiasm for interpersonal connection and, in this case, with the dance floor. The references are diverse, but the search for escape from the standard made V. Souza an explorer of different sounds. Marked percussions, deep and rhythmic melodies, progressive constructions and the appreciation of Brazilian, Latin and Afro culture are characteristics that accompany V.Souza’s work and result in lively, dancing sets and creations in the studio, with an intense rhythm and versatility, walking between the Organic House, Afro House, Progressive and Techno Melodic.