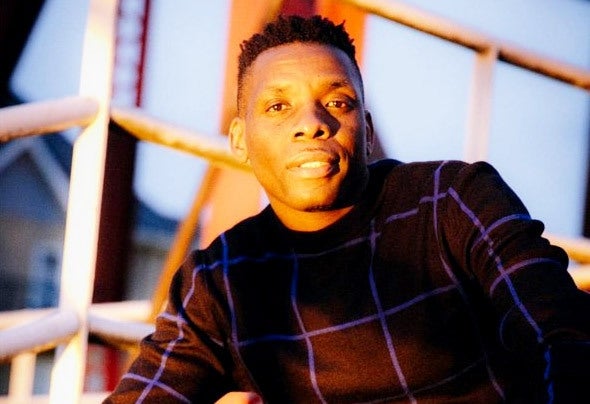 Having been in the music industry for more than a decade, DJ and Producer Toots, has continued to flourish and has become one of the UK's finest House Music DJs and his status continues to rise worldwide. Toots’ love for music began at an early age when his mother bought him a keyboard at the age of nine and since then he’s never looked back. He knew the minute his fingers touched the keyboard, music was what he wanted to be doing for the rest of his life. His professional DJ career began at 16 when one night his uncle, who was resident DJ at a famous club in Yeoville, South Africa asked him to take over the decks for a night; and that was the mark of good things for the teen who wowed the crowd. His music has taken him places, having performed and played many gigs in Africa as well as parts of Europe alongside well- known and respected DJs / Producers from around the globe. Elsewhere, Toots also produces Music for a range of different artists who are signed to his Co-owned label Dansflo Productions. His upbeat House music productions are blended with rhythmic melodies and a touch of Afro soul. Over the past years along- side his Dansflo productions partners, he has also helped a lot of Musicians particularly from South Africa with marking their first ever international tours by organising and involving them in some of the best shows in the UK, Germany & Ireland. If you’ve not seen this multi-talented man's magic behind the decks, step into a world he refers to as "Toots' world" and experience his soulful, deep & melodic tunes that’ll keep you up on your feet, also - check out his quality mixing skills that have been perfected over the years. Additionally, stay connected with "Mr Extraordinaire" himself through Facebook & Twitter using the links below. Facebook: Toots Dansflo Insta: djtoots Twitter: @djtoots